The hospital attendant and the cleaner
8713
post-template-default,single,single-post,postid-8713,single-format-standard,theme-bridge,bridge-core-2.2.9,woocommerce-no-js,ajax_fade,page_not_loaded,,qode_grid_1300,vss_responsive_adv,vss_width_768,footer_responsive_adv,hide_top_bar_on_mobile_header,qode-content-sidebar-responsive,columns-3,qode-product-single-tabs-on-bottom,qode-theme-ver-21.6,qode-theme-bridge,wpb-js-composer js-comp-ver-5.0.1,vc_responsive

The hospital attendant and the cleaner 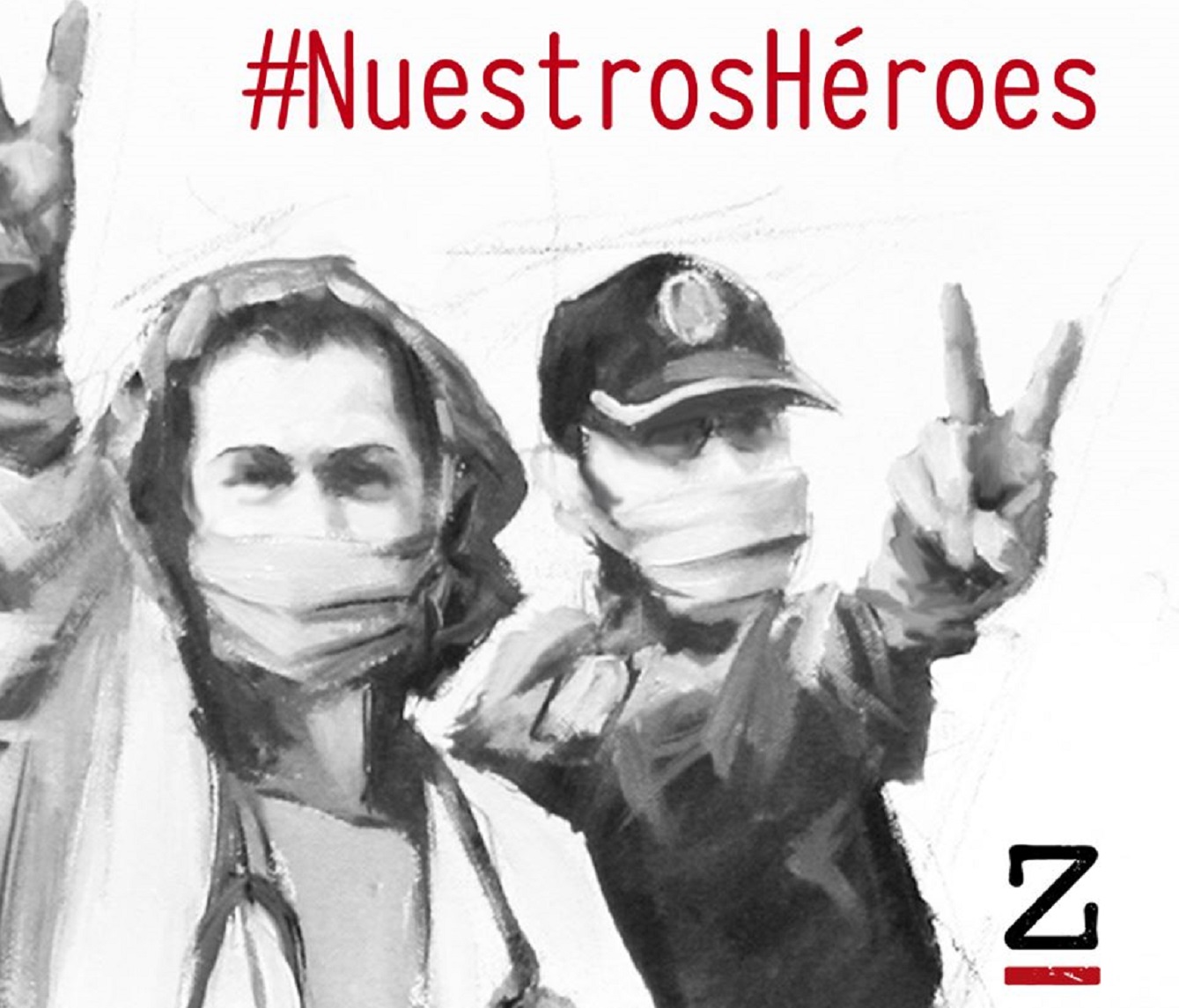 15 Apr The hospital attendant and the cleaner

Posted at 15:04h in communication, Uncategorized by jagf

And there he is! Once more, Luisito, the short one, doing away with all the entourage, as many other times, picador and assistant included. He’s walking on the arena as he only knows how, with a short, firm step, to the rhythm of Suspiros de España setting the pace from the bullpens to the ICU. And here, this is she, “maqueta” from birth, long brush in hand, polishing the floor so that the virus has nowhere to cling.

Greetings crossing. Gesture to the respectable one. The doors of the hall open and the first one of the afternoon goes in. No doubt that he’s a pain in the arse. In two passes, my he-goat blocks him and finishes his job with a clean sword thrust. This bastard… Neither the virus nor nothing! A very imposing looking but here he is with such stinginess just for two little coughs. A tame bullock in every sense of the word.

And so, one after another, boors and scoundrels keep coming. Anything in the Lord’s vineyard that you could imagine. Everybody with sour face and the cerulean paleness of those who do not know if their journey will end up stuck to the tube. Some arrive exhausted, others crying or huffing and puffing like a fish. My Luisito –I say “mine” because it is what it is– tricks them, and employs molinete and chicuelina to revitalise the performance, changing their faces. No smiles are drawn, except on the hearts, but my gallant knows that every bull has its fight. I look at him, with my chest swollen and my breath held in as I see him approaching the bug. This short man’s nickname is not because of his height or knowledge, but because he is one of those who look out on the balcony and do not see the bull from the barrier.

Suffocation invades me and that drop of sweat that started on my forehead is now a river. And he is still upright, like a matador. Every time those doors are opened, I discreetly wave the yellow shammy like a fan, like showing him the signal. I feel like a folkloric because of the hairnet. Luisito gives me a smile. Or so I think he does behind the mask. And I sanctify myself, but when he isn’t looking at me, of course. I’m afraid that the fatigue, or the lapse of concentration, will play a trick on him and he’ll get stabbed by a goring.

Once again, the bullpens are taking him in, and once again I’m getting mad because of seeing so many suffering souls accompanied by moaning choirs and continuous running steps. Many glassy eyes can be seen from behind a cloth that is spreading lye here and there. Wiping, again and again, bars, knobs, seats and buttons so that the bug can no longer travel. These days are all like swerves from some and sad smiles from others in the emergency room. I can sense affection in the latter ones, but it’s more about appreciation than true love.

The snippets of the conversations always have the same monotonous rhythm. “Manuel passed away”, says one. “Yes, and so did Maria, the butcher’s wife… there’s a mild epidemic”, answers a second one. “And there’re already quite a lot”, says the youngest one. “And I wouldn’t like to be the one telling you that we all are fresh meat, and that all those bulls are true, and that… but I should better be quiet because I know that those who don’t live on edge, don’t know it yet. Or they prefer not to know it. The answers just come from doctors and they’re sadder than the Holy Week”.

The hours go by and I feel banderillas on my back due to all the rubbing. I seek refuge in the bull pens. I lean on my mop because there’s nowhere to fall down. I bite into a diet bar and close my eyes for just a moment, standing there like a flamingo. I dream about Luisito –who else–, letting me put his white Goya stockings on him, with the spike between the fibula and the males of the taleguillas, sealing them with special tape because in this task that we have to do, there’s no embroidery but only bad-quality plastic. My mouth dries up as I go through his arms to put the first pair of gloves on him. Those that keep the warmth of his fingers away from my cheeks.

Yesterday, I saw his scars left by the time we’ve been fighting the bug. I would love to remove with my lips every line drawn by those horrible masks from chin to nose, covering the portrait of that mouth I long to have tattooed on my skin. And so, in silence, to the rhythm of a double march, I fit him the taleguillas while I slide my hands until the cross. I can feel his breath as I tie up the males. A tight pull, a look at the sleeves, hood adjustment and zipper closure to insulate him hermetically. Oh, my goodness, please, keep him away from the bug and give me a chance to badger that body. That’s what I’d like to do, but Luisito, as a banderillero, has to get dressed by himself. And I’m still damned.

If it were up to me, I would wear a plain, tight shirt with a coloured tie matching the pearls of the jacket. And since I know that he is neither a man of catcalls, nor he does need a tissue, I would give him the hairpin that holds my hair. But no, Luisito wears his suit flaps closed, careful of not leaving any space uncovered. The second pair of gloves doesn’t fit him by trade. And the hairnet is sponsored by Los Pinos aparthotel.

The cornet! Time to leave like lost souls. A new entourage is coming and we finally get back our second skin that becomes us normal. “Listen! I’ve told you to take a bath, you stink of dead dogs”, says Marieta. And, one more time, I see Luisito passing by. I only think about going out with him, my god, but with such a scandal out there, I can’t even talk to him. My Luisito has dozed off. Two months and one day have passed. Tomorrow, if the bug leaves us, I’ll ask him out.