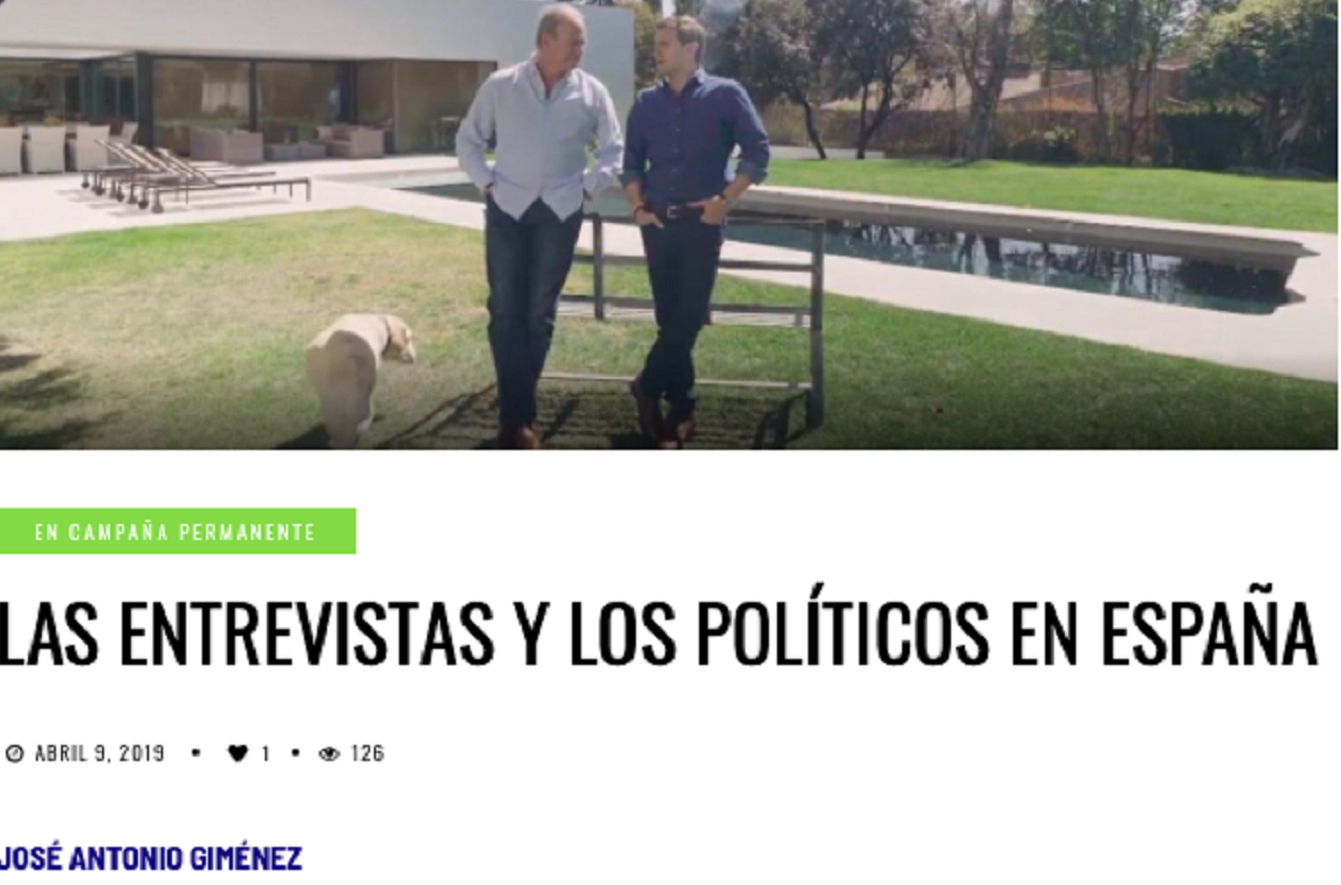 Posted at 11:20h in communication, Uncategorized by jagf

It is quite easy to see the candidates speaking about the divine and the human when they are behind in the polls, but what is really difficult is to see them when they think they have a good hold on the electorate. The fear of making a mistake proves that they are human, but it also shows that they do not have the confidence and fortitude that a position of such responsibility as the presidency of a country requires.

Even when the interview is with Bertín Osborne, who does not pose any risk to anyone who sits in his kitchen, unless they are intolerant to wine or have some social pathology. Therefore, the absence of Pedro Sanchez, who did look for the former singer when he wanted to be well known, is strange. He now shuns because he is the leading candidate in the polls. Despite the fact that the electoral campaign has not even officially started, and that the percentage of doubtful voters is perhaps the highest in the history of the democratic elections. Take 2015 as an example, when more than 40% of voters had not decided their vote within month of the elections, according to data from the Centro de Investigaciónes Sociológicas (CIS), when it still had some credibility. Sanchez’s attitude contrasts with the haste to appear in the TV news to promise pardon skipping the separation of powers and a law about euthanasia in the latest case of televised assisted suicide.

It is a pity that the acting president forgot that he did not support the proposal for a law to decriminalise euthanasia and the modification of the article 143 of the penal code, which still punishes it with prison sentences. Neither did he explain why the proposed law in relation to the regulation of euthanasia has been delayed up to 19 times in the Congress of Deputies at the criterion of the Executive. The one that has left it without any possibility of debate by advancing the elections.

The possibility to lose voters has made Sánchez to alter his programmed television absence and recover the motto of the past campaign, together with the usual topics, including Catalonia and historical memory. The same approach as Pablo Iglesias, who returned to the political and television scene sheltering himself in the vindictive echoes of the 15-M movement, which he swallowed up, and in with the tiring mantra that says “Rich people are stealing and they are more powerful than the politicians”. Identical pre-electoral strategy with regards to a programme about human beings. They do not want the public to see why they behave like insensitive cyborgs whose only public face is politics.

That’s a shame. many interesting aspects can be drawn from an interview like the ones by Bertín Osborne, if one understands the format. Being able to see the coinciding and discordant points in the lives of the candidates, but also in their general discourse. Studying the staging and the prepared messages; Santiago Abascal brought stuffed peppers simulating the Spanish flag, prepared by his wife; Pablo Casado looked for the empathy of the audience by talking about  personal issues and family background; Albert Rivera presented himself as a humble merchant and single father. All this mixed with the details of their clothing, behaviour at the table and more relaxed gestures every minute the program advances, except for one of them.

Thanks to this type of programmes, we discover the cold and withdrawn personality of the VOX leader. His parity in behaviour and verbal expression, but above all, how difficult it is for him to smile. Maybe that explains why he feels comfortable in a political rally or on social networks, but not in front of a journalist who asks questions and delves into his ideas with tweet format, perhaps it is because there is no more text behind it.

Casado and Rivera are different from him. The first one is more empathic, with a more emotional discourse, in front of Rivera’s efficiency in deflecting the topics that do not interest him. Both are quick to speak, sometimes saturating. Nothing to do with the chewing of words professed by Podemos leaders. All cut by the same pattern. Maybe that explains Errejón’s departure from the formation. Another one with uncontrollable verbiage.

The absence of Sánchez and Iglesias seems premeditated and even agreed, remarking their distance with the other block. However, it seems that they do not take into account the already indicated indecision of the electorate and the worrying abstention. Projections estimated a 5% abstention of the socialist voters in the elections of Andalusia, but it actually reached 23%. And Susana Díaz lost.

Maybe they lacked human contact with their candidate, to perceive him close, know more about him than his clumsy emulation of Kennedy. People vote for many reasons, but most don’t do it for concrete ideas, but for feelings, sensations and empathy. We can criticise Bertín for many things, but he knows how to reach the human side, and that’s all that matters.