When it rains in February, it will be temperate all the year
8697
post-template-default,single,single-post,postid-8697,single-format-standard,theme-bridge,bridge-core-2.2.9,woocommerce-no-js,ajax_fade,page_not_loaded,,qode_grid_1300,vss_responsive_adv,vss_width_768,footer_responsive_adv,hide_top_bar_on_mobile_header,qode-content-sidebar-responsive,columns-3,qode-product-single-tabs-on-bottom,qode-theme-ver-21.6,qode-theme-bridge,wpb-js-composer js-comp-ver-5.0.1,vc_responsive

When it rains in February, it will be temperate all the year 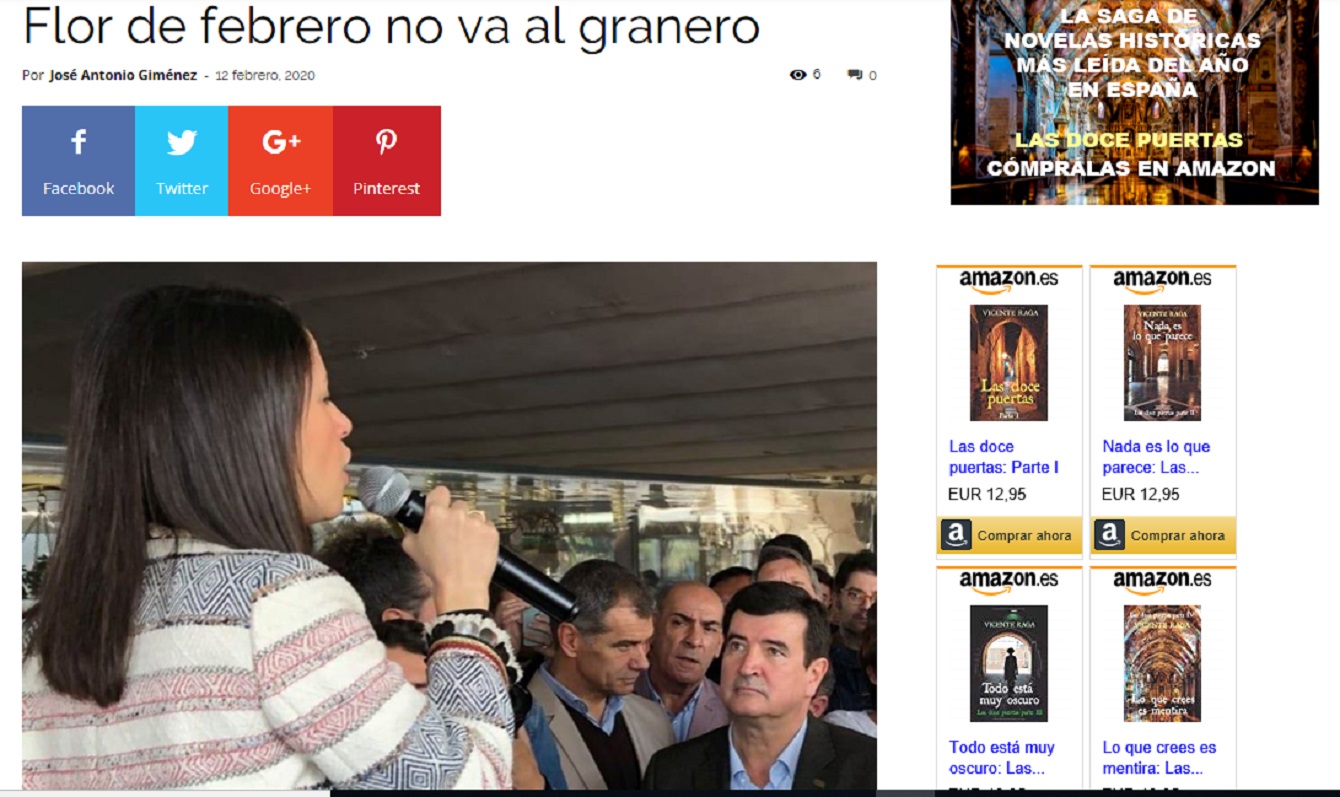 12 Feb When it rains in February, it will be temperate all the year

Posted at 17:25h in communication, Uncategorized by jagf

As the Spanish proverb says, “the month of February is the one of wary” (febrero es un mes embustero). And it’s not going to be me the one contradicting the popular wisdom. One of those months in which you doubt between wrapping yourself up and being seduced by that tricky sun which may make you sweat as well as it may share the sky with a frozen wind that freeze you regardless how many clothes you wear.

Despite this crazy weather, I headed towards the meeting of Inés Arrimadas with members and supporters, among others, with the aim of testing the circles and listening first-hand the speech of the leader. Our eyes trust themselves, our ears trust others (Los ojos se fían de ellos mismos, las orejas se fían de los demás).

There’s nothing new under the sun of Valencia. A well-armed and well-spoken speech by a great speaker, with the exact pinch of salt and some fresh touches of mint -coarse euphemism of freshness-. A necessary, but empty speech. The same happened with Albert Rivera -maybe discouraged after the lost battles-, who tried to raise a good word towards the members when numbers didn’t show up. However, what his lips did show was the cold and metallic echo of robotics. The same virus seems to be affecting Arrimadas, as well.

If 2020 is such sweet to bring us an extra day, Arrimadas did sweet talk us with measures biased to promoting the participation of those who attended -the own Gallic village chasing its dream to articulate a centre-wing option-, a talent pool and the member’s office. That carrot which is already fed up of being defrosted and refrozen again and again. That carrot that has lost its taste and smell because weird is the gift that doesn’t hide something wicked.

It doesn’t mean that Arrimadas and her royal guardian have hatched an obscure plan to take over the power of the party, including the promotional tour, with the aim of perpetuating the pyramid-shaped model of Ciudadanos. The thing is that it is not necessary. There’s no way. It’s the best choice and she knows it. All of us are aware of it. Of her aptitudes. The worst -and here we have the wicked gift- is that nothing has changed, and it doesn’t seem to happen. She needn’t it

Some people say that actions speak louder than words. And they are absolutely right. We really want to believe Arrimadas’s words – or, at least, that’s what I hope –, but the present reality is that not only has the member’s opinion not been heard nor heeded, but also the mere suggestion. Not to mention the clamour, when it has existed. And I do not mean after the electoral debacle, but long before.  We just have to follow the trickle of people leaving without slamming the door, even before the previous assembly.

This Saturday, Arrimadas could have made a difference, besides presenting us her promotional speech and taking pictures with those who are well-known in social media. She could have turned her words into acts. Sitting with the masses and listening first-hand to what they don’t dare to tell her, if they have the slightest notion of it, the different steps that shape that Aztec pyramid that this party has become.

What’s more, it is honest to show her view of the imminent electoral processes that we are facing this year – Catalonia, the Basque Country and Galicia. She is honoured to bring to the table the need for an exceptional consensual policy for an exceptional political period – Mejor Unidos (Better United). The worrying thing is that this should be the norm. Voting for a person because of his/her concrete proposals and not because of the absence of an opponent in the weight of such category.

As a Spanish proverb says, which I’m sure more than one of the manager’s meteorologists knows, March thundering is not surprising. And that’s why The Fifth Assembly will be – or should be – a real brainstorming session, but it will probably remain just as misty rain. We hope that it just doesn’t fall to the hole of political irrelevance because Spain needs a centre option like that of Ciudadanos. Hopefully, their attitude still persists.

When it thunders in March, it brings sorrow. If the party really listens to the grassroots, stops living by popular demand, and develops a structure – yes, one, not seventeen, but with seventeen areas of communication – in which we work bidirectionally so that ideas, messages and proposals flow by themselves… As a result, with the national elections around the corner, we will be ready in a year.

However, my mood falters today, and I’m of the opinion that when March comes in like a lion, it goes out like a lamb (si en marzo marcea, en abril abrilea). In other words, if there are no changes, we’ll live through another cheating March, one day bad and the next day worse. And, for the third time in this young democracy, a choice of centre will have succumbed to inbreeding and elite supremacy.

False proverbs and mad Februarys would be scary.