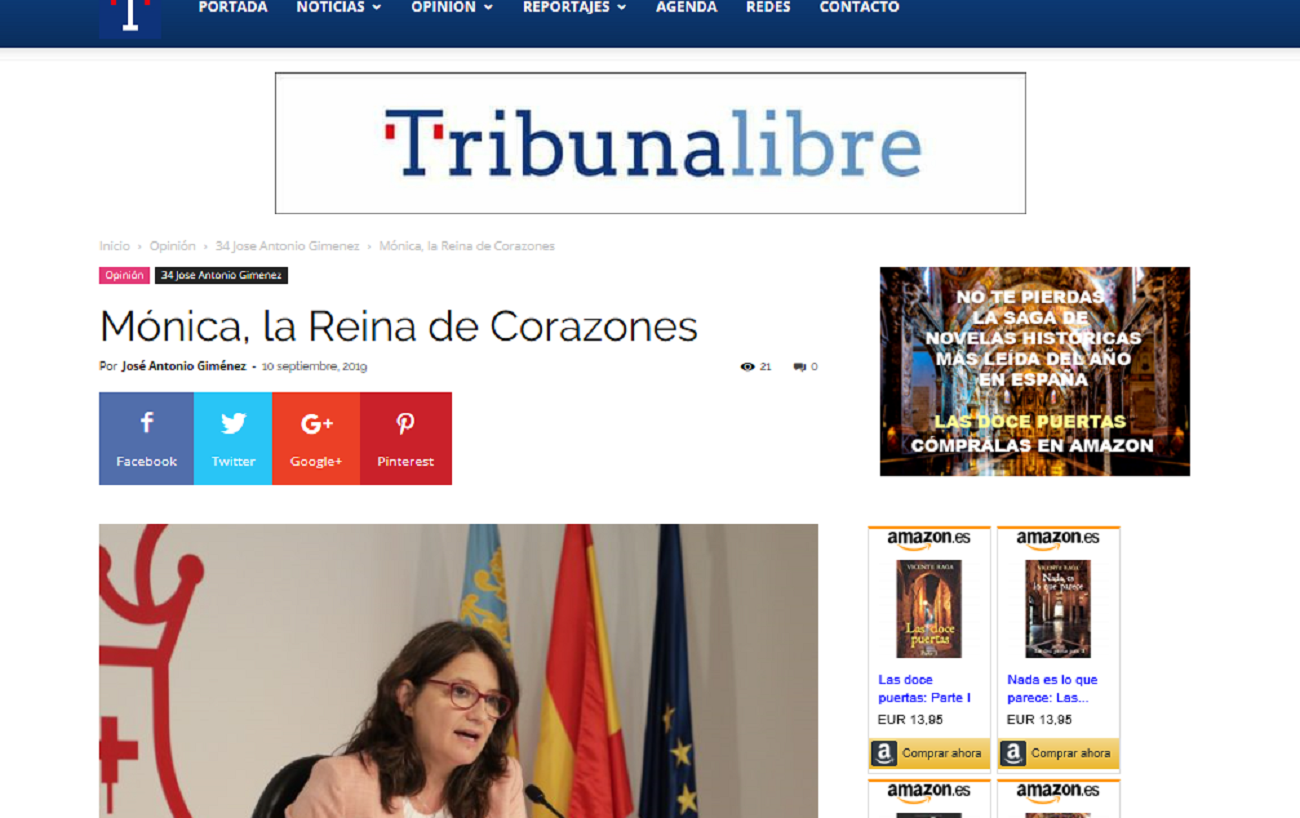 Posted at 12:55h in communication by jagf

“Off with their heads!” is what Alice in Wonderland’s Queen of Hearts shouted every time she faced a problem or minimal inconvenience for which she didn’t want to take any responsibility. The same did Mónica Oltra, vice-president of the Valencian government, this week with the still Treasury Councillor Vicent Soler, who is no longer an MP at the Cortes Generales (legislative chambers). He is the first fallen pawn taken by Compromís’ monarch in the face of expected early elections.

The tripartite explained this as Soler’s personal decision to focus on his position as councillor and gather all his energy around fighting for fair regional funding, yet it’s odd how it all happened in the same time-space as the blockage imposed by socialist Ximo Puig’s government partner to the expected budget cuts -proposed by Soler himself- to muddle through as it comes to government contributions.

We are talking about 440 million euros against unreceived regional funding and, thanks to our politicians’ changing economic architecture, another 250 million in VAT to be delivered, plus increases in government contributions to services like the dependency service, which will not come to fruition since there haven’t been any changes to the General State Budget. In all due respect, nothing but a pipe-dream.

Oltra and Martínez Dalmau have a fixed mindset. They are not willing to accept a budget cut that could negatively affect them in the expected new national elections in November, let alone put up with socialist PSPV’s subtle financial demand so as to not go against the Central Executive. There well might be a Queen of Hearts in our regional government, but there is also one in the Council of Ministers in Madrid -an acting queen except when putting the guillotine to use.

What is a chief political demand for Valencia is, however, just another item in a document for president Pedro Sánchez. More specifically, item number 353 out of the 370 that comprise the document which was presented last Tuesday and on which Sánchez plans to base his government. In such document funding is mentioned but with no specific deadlines and explained in an unnecessary complex manner.

Soler’s beheaded head has been exposed to the media as a well-intentioned act in front of Compromís and Podem’s demands; also presented as justification for efforts by Valencian government to improve regional funding. The only financial improvement we have seen, though, is that of Pedro Ruiz’s, new socialist MP that has recently joined Les Corts (legislative body). Unfortunately, the situation for the rest of the Valencian population will remain the same or even worsen.

With no cash flow from the Central Executive, there are only three possible options: the first one would be harshly charging Soler for the social damage caused, which Puig claims to be doing in private meetings with minister Montoro, such as this Tuesday’s. Surprisingly enough, everyone walks into these meetings -without their governing partners- with a smile on their faces, and they leave with the same expression after bitter arguments on underfunding in the Valencian Community. Other options would be rushed significant budget cuts without an actual need for them -Soler’s suggestion- or breach of deficit targets, activating in this way the corrective measures in the Ley de Estabilidad Presupuestaria (Budget Stability Law) and exposing themselves to a possible market penalty if the situation isn’t properly resolved.

Were the first option to be ineffective (despite Puig’s statements when he crosses the autonomy’s geographical border back) and given that the third one could be a financial suicide, the only viable solution is then budget cut, contrary to the immobilism we were used to with ex-president Rajoy and Sánchez. But that option comes at the expense of votes and parties Compromís and Podem can’t balance out electoral loss with other close territories, specially the former.

And yet again we go back to the start line. There seems to be only one possible way to solve difficulties, no matter great or small, in politics: by ordering an immediate execution. “Off with his head!”, is what people have reported to have listened coming from Les Corts this week. And so it has been.

It seems like this French fashion for political and economic problem-solving has made its way through socialist rows. It could be because of Sanchez’s Macron-like profile that his supporters are now identifying, after the president’s fail attempt to emulate Kennedy. And Puig, who knows to keep in with the right people, joins then the French trend and after what happened to both his head and his councillor’s, he doesn’t need to strip the leaves off a daisy.

Puig’s next political movement could imply coming back to the front line satisfied by negative political results for Sánchez or rather suffer an ‘horribilis’ term with the Queen of Hearts asking for more heads to be chopped off… and obviously regional funding won’t be discussed until next term.