Making-of the photo session of the exhibition Esencia I
8207
post-template-default,single,single-post,postid-8207,single-format-standard,theme-bridge,bridge-core-2.2.9,cookies-not-set,woocommerce-no-js,ajax_fade,page_not_loaded,,qode_grid_1300,vss_responsive_adv,vss_width_768,footer_responsive_adv,hide_top_bar_on_mobile_header,qode-content-sidebar-responsive,columns-3,qode-product-single-tabs-on-bottom,qode-theme-ver-21.6,qode-theme-bridge,wpb-js-composer js-comp-ver-5.0.1,vc_responsive

Making-of the photo session of the exhibition Esencia I 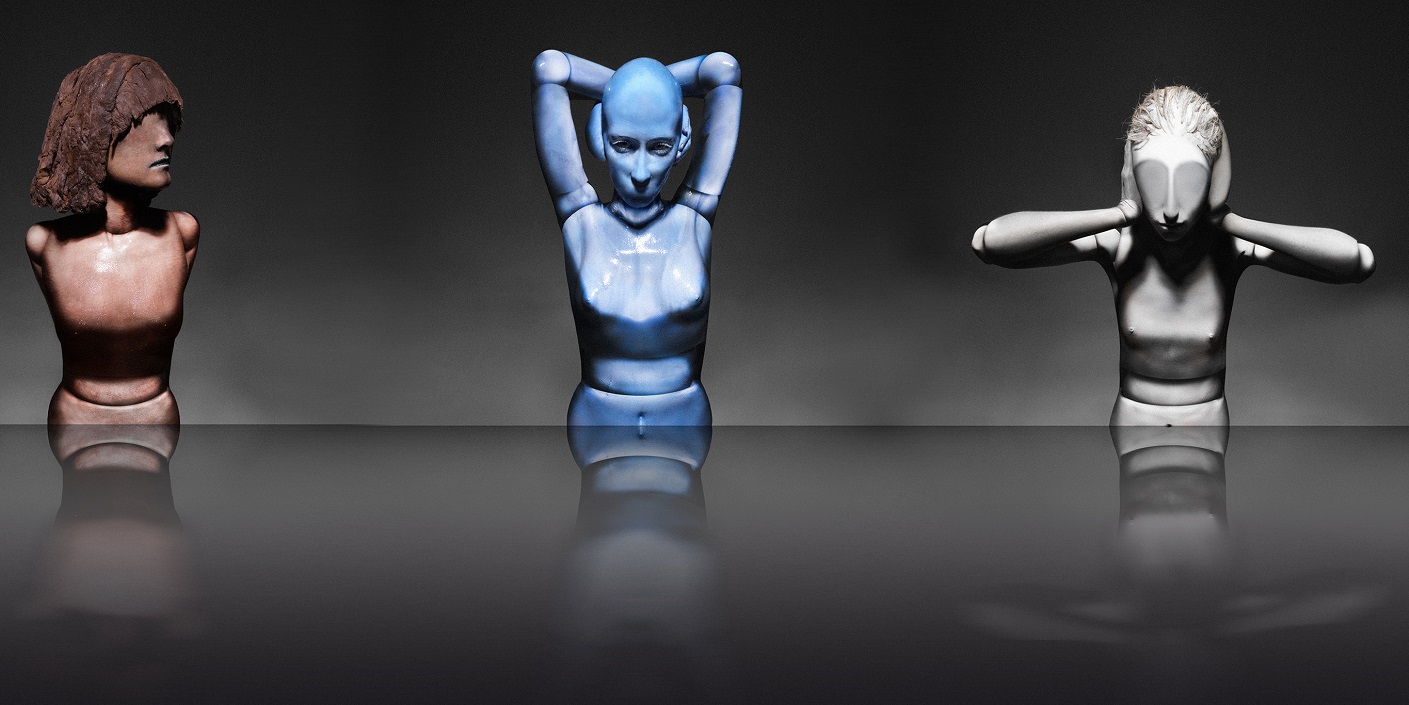 Like the three three wise monkeys  of the Asian culture, we wanted to change the paradigm of “don’t see, don’t hear, and don’t tell” and teach craftsmanship as an avant-garde discipline with unique objects.

It is a message that was recreated with models that represent the three primary materials used in the first edition of the Esencia project: clay, glass and metal. Those models were turned into thematic and avant-garde puppets and mannequins. Those dummies of raw materials launched a message to society: if you come, you will find what nobody has ever told, said nor seen.
The photo session with Ana Yago and Eduardo Peris ended up becoming an element not only of visual promotion, but also part of a piece of the show by the name of Raw.