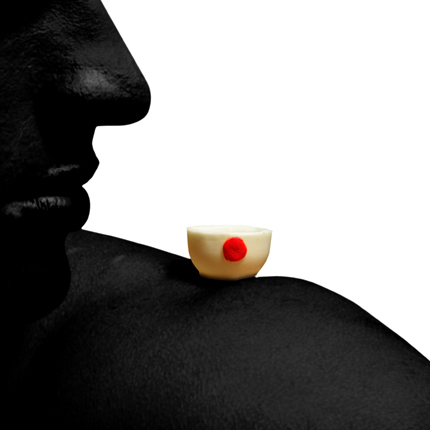 Chocolate and design experts commemorate the celebration of Valentine’s Day and the Dual Year between Spain and Japan with a fusion of cultures and flavors that allow enjoying in just one bite artisan chocolate and sweet local wine through DoChocolate, bowls inspired by the sake containers at the Iwai-Zake’s ceremony to spread fortune among friends and relatives.

These chocolate bowls, thought by the designers of Sanserif Creatius, produced by the masters artisans of Trufas Martínez, and that perfectly combine with the sweet local wines are among the products developed for the exhibition Esencia, Japanese inspiration in the Valencian craftwork of the Arts and Crafts Center of the Valencian Community as well as the commemorative ceremonies of the Dual Year between Japan and Spain organized by the Japanese Ambassy in Spain. 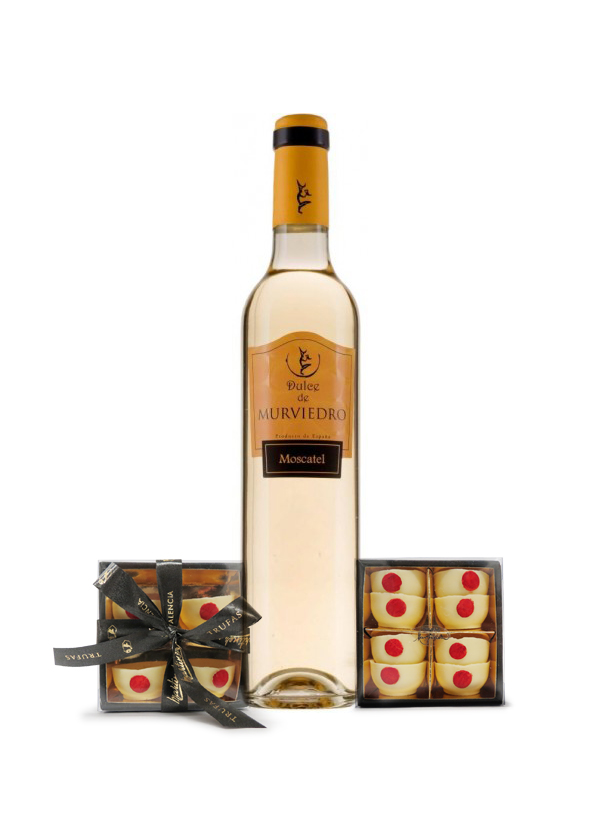 Set of 4 or 8 DoChocolate combined with Dulce de Murviedro

The Sanserif Creatius’ director, Ana Yago, explained that in the Japanese culture, liquor is part of the ceremonies spreading good fortune just as chocolate turns into the epicenter of Valentine’s Day celebration. From there, once inspired by both traditions, we created a product that, from the tradition of chocolate masters, functions as a gift but it’s also used to toast and spread good fortune on such a special day.

In this sense, DoChocolate combine both roles, as a Valencian sweet wine container and, at the same time, it is presented with a chocolate. This makes it an ideal gift around this time of the year to give to whom we are fond of, spreading so good fortune to them, according to Ana Yago.

On the other hand, the Valencian designer explained that it is the woman who is responsible for this day in the Japanese culture, as she is the one giving the chocolate, Giri-Choco, to the men, may these be her relatives, friends, or colleagues. These will respond a month later on the so called “white day” (the 14th of March), when they usually give women white gifts like white chocolate and marshmallows, or even white underwear. 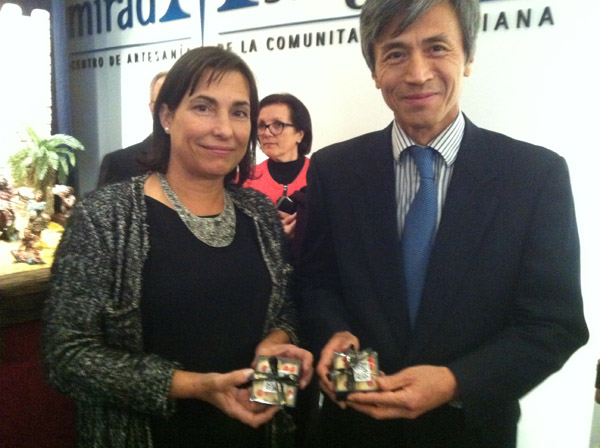 Silvia Ordiñaga the Minister of the Japanese Embassy in Spain

Therefore, these commemoratives bowls are made of white chocolate and a red seal, as a reference to the rising sun, Hinomaru, which is on the Japanese flag, to honor the culture and the country with which we share this Dual Year. Also, it is a reference to this complementary day, so unique for women, which we do not have in the West world.

Mediterranean liqueurs. That ceremony spirit for the celebration of Valentine’s Day, which reflects also the traditional West celebrations, has hybridized with sweet liqueurs and mistelas linked to the Eastern Mediterranean to combine both culture in a candy meeting both the Japanese ritual and concept, but also the Valencian essences. From there, DoChocolate can be only associated with sweet wines of the land, which complement and balance its flavor with white chocolate, according to Ana Yago. 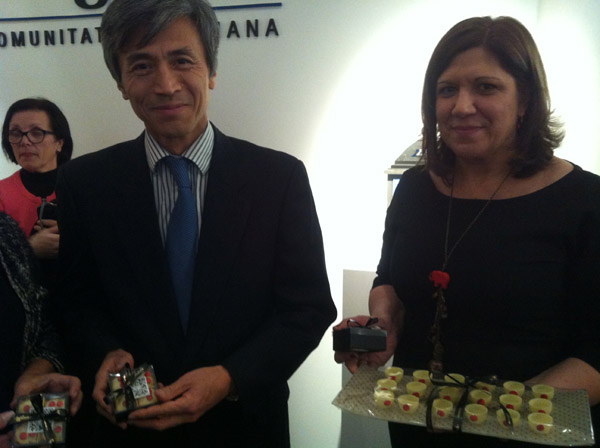 In order to achieve the right combination, we worked with a winery with an international reputation such as the Murviedro winery to combine the cubic capacity and the mouthfeel caused by the meet between the chocolate and Dulce de Murviedro, a wine with an intense honey and orange aroma typical of the Muscatel grape, ideal to serve with desserts or to drink as an aperitif.

DoChocolate is handmade produced in the artisan chocolate factory founded in 1931 by Hilario Martínez Catalá under the name of Chocolates Martínez. Now already under the trade name of Trufas Martínez,  it has a great catalogue of original recipes which combines with the innovative propositions born in its department of chocolate design, which this time has worked with the designers of Sanserif Creatius in order to develop an artisanal candy with an international soul.