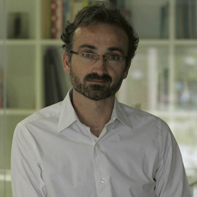 Can you picture an op-ed column without words? Or a piece of political news in cartoon form? Could one report on a bank stockholder meeting using only a Q&A format supplemented with a fact sheet on the side with ratings, resembling movie recommendations?

If you are among those who are pulling their hair out because they believe this kind of journalism is neither serious nor trustworthy, this text-proposal will not be of interest to you. I regret to tell you that you are probably contributing to bringing on the untimely demise of newspapers. And if the challenge I pose piques your interest—this is, after all, the point—help me propagate it.

These are dire times for journalism. Rather, for the press, for the printed media. There are few certainties and much fear. The problem is that in the face of this climate, communication firms persist in adopting only defensive measures: for instance, their half-hearted attempts to fix the situation can hardly cover up the recurrent cost cuts and their absolutely predictable offerings.

I have never been one to preach. One has to be in the press to know what it takes to put out a newspaper every day. It is easy to talk. This is hard. But I am convinced that the way our ship is heading will lead it directly to a wreckage of Titanic proportions.

What are we to do? Alas, if we only had a crystal ball! But you will agree with me that in the newsrooms, at least in the newsrooms of off line media, there is little self-criticism and much complacency: we are—they think—the repositories of quality journalism, and this will never sink. When congresses and forums and books and reports address the imminent demise of newspapers, some even providing an estimated date, the newsrooms register little if any alarm. This is the issue of the investors, of the businessmen, of the director at most: it’s their problem. Am I exaggerating when I say that this is the usual response from Los Angeles to Vladivostok?

I have witnessed little reflection on journalism in the newsrooms, and it pains me. The blame is almost invariably put on others, on the environment, as if resignation had taken a hold on everyone, in the best of cases. Because, I must insist, more than resignation in the face of the oncoming collision with the iceberg what seems to prevail is a widespread obliviousness. We are in a lethargic state.

Aside from some features that have been overused for years, could you tell me of any journalistic formula that has been developed from the bottom up?

Well, I do not mean to be presumptuous, but only a reaction from the bottom, a journalistic response, full of courage, can save newspapers, and make them valuable, necessary, and (why not?) fun. And in my opinion, infographics has been offering such a response for years now.

Mind this hypothesis: only infographics can save the newspaper.

Why am I saying this? Because infographics offers all the tools needed to end the classical formula of the press: Headline + Text + Photograph. This formula worked for many years.

It has been a sort of safety net for all sorts and levels of journalists. Our prescribed course. Which eventually led to the homogenisation of the way we present reality, subjecting it to the boundaries of a textual narrative.

Do you think it possible to recount a war and a soccer match in the same manner? Don’t you think that the approach that should be taken to each of these realities ought to be radically different, and that this distinction should not be held to a worded narrative?

In our current world, our current society, and everything that surround us, accepting this univocal and nearsighted journalism is tantamount to sentencing it to its wreckage. Readers flee because we do not tell them the stories they demand, but also because we do not tell them the way they want us to. The problem is not only what has been told, but also, and of equal importance, how it has been told.

Then again, for infographics to infect the journalistic narrative and broaden its horizons without restrictions one would have to accept that there is no such thing as orthodoxy. My experience of various editions of the Malofiej Awards of infographics makes me review the narrow constraints that have been applied to the field: the slightest evidence of gratuitous decoration has been criticised harshly for failing to subscribe to the rules of the classics. I have heard the magic call often: “That is not infographics “. It was like mentioning the almighty. Whoever pronounced the name was imbued with an authority bestowed from the infographic heavens, and such authority would provide the grounds to discredit many works by our colleagues. I, too, confess to this—all right?

But of late, the different juries of the Malofiej awards have been acknowledging infographic and—what is more important—communication values that used to be held in contempt. The result? Go over some of the latest gold medals and find out. Until pretty recently it was unthinkable for graphics like the ones featured in the magazines of the Editoral Abril of Brazil (Mundio Estranho, Saúde, Superinteresante) to receive an award. Today, they take them by storm.

The understated and orthodox line of The New York Times is no longer the only option, by no means. There are others just as valid. This is not to say that the great US newspaper is in the wrong, quite the opposite. It simply means that there are many different paths and that the miscegenation and eclecticism that characterise our world have finally penetrated infographics. This is so much so that even the New York Times has been experimenting of late with –among other things—what is known as op-ed charts. Behind closed doors lies doubt: I know for a fact that there are divergences of opinion within the infographics department of the Times. Nevertheless, our future is an eclectic one. Whether we like it or not.

Scientific studies like the one developed by the Lund University (Sweden), which was presented in a recent edition of the Malofiej awards, prove that infographics is the field that retains a reader longest at a page. Because of their nature and characteristics, graphics attract the curiosity of readers, who can easily understand that fragmented, markedly visual language. Why not then apply the miscegenation of this new era in infographics to the way we tell the news?

Today, some newspapers have gained renown for breaking with tradition. First, Liberation, in France, followed by Correio Braziliense in Brazil or The Independent in the UK. One day they decided to turn their covers upside down and employ new languages with a strong content or opinion. Numbers, phrases, photographs, tables, diagrams, cartoons. Any tool was acceptable. However, few papers have allowed this narrative tsunami to penetrate the interior pages, and those only on a few occasions. This is the great challenge I propose. Not to do it once, or on special occasions: to make it the norm.

Well, the problem with this is that this would mean that communication companies would have to invest in quality without restraint: instead of cost cuts and contractors, more experienced staffs, with more members and better qualifications. There had to be some catch to the formula!

More info in www.articulado.org or www.sanserif.es · Spanish version in: Visualmente