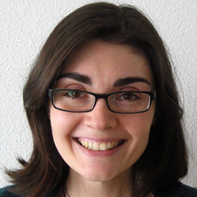 One of the main features of present-day design is the diversity of simultaneously coexisting aesthetics reviving styles that originally made their mark in such key periods as the 1950s, 1970s or 1990s through the use of the graphic resources in force at those times.

Each designer looks for an identity, researching and exploring his trade until finding those resources he feels most comfortable with to carry out the task of communicating. Therefore, the aesthetic we choose to express ourselves with reflects both the quest for a personal style and the influence of past trends.

If we take aesthetics from the past as a reference for our work, aesthetics with no longer valid socio-cultural implications, would that mean that we have not exhausted all the possibilities of those aesthetics and that we keep on exploring them? Could the exploration and research of all those aesthetics lead to the discovery of a new one? Are we, young designers of today, contributing something new to graphic design?

In my view, all these questions share a common point directly related with the term “language”, understood as a set of codes, signs and resources making up a particular body differentiated from other “languages” used at other times in history and whose main function is communication.

In consequence, there is an attempt on our behalf to make forms evolve. We must take into account the timeless nature of basic communicational tools: typography, form, colour and composition, are elements influenced by fashion, aesthetics and ideas, which are the agents defining the shift from one era to another. That is how we recognise influences and styles. Therefore, the language in use is a reflection of our time.

Assuming that we designers are, above all else, communicators (at least that is how I see my profession), we all need to share and understand that common “language” that we can loosely define as the language of the 20th century.

Are we, in the 21st century, using the same language as the last century to communicate? Do we need to break away from the 20th century?

At present, new initiatives are emerging: brands have sensorial features that are transmitted through taste and smell. We eat a calling card because the paper it is printed in and the inks that have been used are edible; colours are heat-sensitive and change their hues on touch; typography is transformed and hybrids of legible typographic images are translated into alphabets… At the peak of multimedia design and virtual design, communication becomes ethereal, volatile, temporary and comes with an expiry date.

That notwithstanding, it is not hard to realise that the approaches are not the same, that we draw our inspiration from the work of those we admire, and that the language used is the same used 50 years ago by masters like Paul Rand. But technologies move forward and society with them. We need new solutions for problems that are ultimately the same as the old ones.

A concern of any young designer is to make a contribution that is in consonance with his time. However, at this point, it is necessary to differentiate between contributing, innovating and being original.

If we had to summarise everything in one word, the key word would be: Experimentation.