Yves Zimmerman: Design as an Illness of Objects
3327
post-template-default,single,single-post,postid-3327,single-format-standard,theme-bridge,bridge-core-2.2.9,woocommerce-no-js,ajax_fade,page_not_loaded,,qode_grid_1300,vss_responsive_adv,vss_width_768,footer_responsive_adv,hide_top_bar_on_mobile_header,qode-content-sidebar-responsive,columns-3,qode-product-single-tabs-on-bottom,qode-theme-ver-21.6,qode-theme-bridge,wpb-js-composer js-comp-ver-5.0.1,vc_responsive

Yves Zimmerman: Design as an Illness of Objects

24 Feb Yves Zimmerman: Design as an Illness of Objects 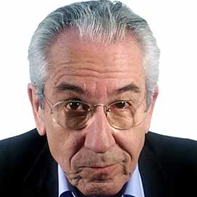 Four-legged animals spend their lives in nature, in the midst of, next to, and surrounded by things like trees, rocks, meadows, other animals, etc. For them, things are givens. They do not question or transform their environment. Nor do they manufacture their tools. On the contrary, two-legged animals—mistakenly called ‘rational animals’—spend their lives in the midst of, next to, and surrounded by “objects” like houses, cars, appliances, journals, televisions, etc. Yet these objects are not givens, but are designed and manufactured by rational animals. Rational animals are skilled animals. They rely on objects for their survival and they cannot think without objects. Without objects, they would never have reached the status of humanoids. The manufacture of objects and the daily liaison with them plays a substantial part in the history of rational animals inasmuch as it is their relationship with objects that makes humans human. It evidences their way of being in the world and in history.

This relationship is a relationship between subject and object. It is physically established—between the eyes perceiving it, and the hands or other part of the body grabbing, using, handling it. Eyes see the objects that have been placed in front of them, hands handle them. In an ongoing feedback, sight and handling meet in the objects. Objects are handled because all manufactured objects obey a specific purpose. And what is intended is usually beyond the object itself: I drive a car “in order to” reach a specific destination; I pour the bottle of wine in order to fill the glass; I read the train schedule to find out the times for departures and arrivals; I read the paper to learn all the atrocities taking place in the world. And so on and so forth. Any object is a being-for. On the contrary, an object that has no use function for a certain specific, practical goal through its use function is not a being-for but a being-in-itself. For instance, a work of art.

When Anaximander says “man thinks because he has hands,” he says it because hands are a source of knowledge. As Otl Aicher rightly claims in this regard: “It is because the hand can grab (greifen) that thought can also grasp (begreifen)”.

It is through touching, through feeling the object, through its use, that the truth of what has been previously perceived by the gaze is finally revealed. What has only been seen might be an illusion; what is touched is a certainty. But hands not only touch, they also make: objects, tools, dresses. The hand grabs a cane or a stick and discovers a weapon. But hands also make books, music, poetry. The knowledge garnered by hands in handling objects, what surrounds us, is processed by the brain and transformed into information for the continuous and proper handling of them by the hands. It is in that unity of seeing-handling, this incessant intervention in and on what surrounds us—the real in the widest sense of the world—where our environment is configured and acquired.

What is an object? Properly contemplated and questioned, objects from long ago on exhibit in a museum inform us about the kind of knowledge their makers had in those remote times. Similarly, properly contemplated and questioned, contemporary objects may inform us about the culture and the makers that created them. In its ensemble of material and formal attributes, the object speaks of itself and of its maker, and of the reason why that maker, as a socialised being and with a sense of the social, designed it as it is and not in another way.

If we focus our gaze on the objects now being presented for contemplation, the breadth of the historical view will allow us to see that the appearance, the form or the gestalt is a task specific to a profession. Designers design, but do not produce what they conceive. The former makers of objects are now those who project them, the designers. They, in principle, bestow objecthood on objects, their being, their identity. In the radical sense of the word, designing involves a thinking-the-object, which means a thinking of its essence. Designing is thinking in the sense that it means a constant asking—why? what for?—and the line dividing the question from the answer would draw the profile, the essentialised gestalt of the object to be projected.

If one asks oneself about what the gaze is seeing, insofar as the objectual of what surrounds us, we see that that objecthood we talk about, that historical being-as-it-is of a specific object is changing. The huge transformations that have taken place in recent historical times, and this is true also for design, open a perspective clearly differentiating a before and an after. In other words: the Erscheinung, the appearance of objects, their gestalt, is currently different if we compare it with the past. Here we are not offering a lament for an aesthetic change in objects, but a “conceptual pictogram” for them.

A pictogram informs about something. Its formal features have been essentialised to the utmost with a view to ensuring that its semantic meaning is intelligible to all races and cultures even though they have different languages and graphic communication systems. A pictogram, any pictogram, for instance, that one that says “man,” explains what we mean about essentialisation. The visual representation of that concept, “man”, does not indicate anything about the particular features of his figure, whether he is handsome or ugly, young or old, white or black, yellow or red, whether he is married or single… It does not provide any information other than his being a “man”.

But it is precisely in that regard that this critique addresses those who, for the wrong reasons, not excluding egomania, have altered the “conceptual pictograms” of certain objects. We are all well aware that the ambition to “innovate” (progress!), the market, financial interests, and also, the desire to be an artist, a creator, and not just a designer, have substantially contributed to changing many aspects of our everyday life. The difference between the before and the now lies in the fact that, in the past, objects had their use or function “written” in their essential gestalt, which indicated their usage function. No matter how varied their representations were, they responded to established and well-known codes, “conceptual pictograms” learnt by their users.

In design the 1980s are historical in the negative sense of the word, due to the complete rupture with those “conceptual pictograms.” A standing lamp no longer necessarily had to represent that essence of the “conceptual pictogram,” but we could find ourselves looking for one of those lamps in a shop and bump into a palm tree!

In our present day and time, objects do not as much reflect their being-for as their being-the-way-they-are. They make gestures, and with them attract attention to themselves (sometimes screaming at us) instead of pointing at the aim of their being-for … They are hyper-formalised. When an object shifts from its being-for to its being-the-way-it-is, its form shows signs of that change: it is hyperised. Those objects no longer rest on the givenness of their being-for … That hyper-formalisation is a symptom of their being-outside-themselves. Objects suffer; they fall ill from design. The paradoxical fact is that design which, to begin with, bestows the object with its being, now strips it away by attacking it and injecting it with an overdose of design. More at Articulado.