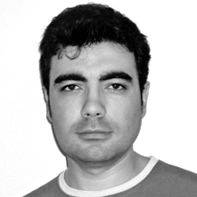 Six years ago, having been unemployed for a year, doing crappy design projects and hearing all over fairs and factories: “Designers? What for? I can do this myself…”, I was at the juncture of choosing between becoming a removals assistant, a security agent, or a designer for a company in the business of bringing lamps from China… for them or for whoever was willing to pay.

I have been in worse situations—teaching courses for the National Institute of Unemployment. These gentlemen wanted to introduce a designer in their company, as one would a bonsai, just to have it. And to pay only peanuts to be able to say that one has it. From then on, my life changed: I got to know China. Other gentlemen have had the same idea, and it did not turn out good.

I started to learn about the realities of trade in China in the underground garage of the semidetached house that served as the office to my new bosses. Its only window was a skylight, and I was immersed in the cries, jokes and banter of my presumed co-workers, who saw me as a useless addition unless it was to fix their computer (the IT Crowd, what a bleak reality.) They wittingly called me “tracer” because they said I had yet to reach the status of designer.

After looking at all those lamps, bath accessories, and snot glued to Chinese glass, knock offs and all, I came to discern what they could do and what they could not. Well, they could do almost anything, the problem was the people that had to explain the product to the factories, usually staff in the marketing department that questioned the existence of polycarbonate and believed a desert rose was some type of food. And they felt uneasy in China, and preferred more exotic destinations. And then, unsurprisingly, we received a container’s worth of unsellable or defective merchandise… many companies shut down because of this, in a domino effect.

The solution: send the designer, i.e. the unwanted but talented individual, to the epicentre of modern communism. The first insight: in China they do not seek original solutions for each part of the West. If it works, it’s good enough, and it does not matter that one can see the screw. Second impression: yes, they have the skill to resolve technical problems, if they know where they need to get, and they can handle Autocad like a charm.

Second lesson. When you work with Chinese factories, you need to understand that they have to sustain people. They are like cities where they also eat and sleep. And for them it is natural to do everything by hand.

Third lesson: they are good at imitating, but like everyone else they need time and help figuring out how a piece can be made with their staff and equipment. This, combined with the airs of grandeur of many a common Spaniard (businessmen and designers), the administrative bureaucracy, budgetary mismanagements and communication barriers… set the grounds for the infamous Chinese containers full of defective, poorly finished merchandise, etc. The best part is that it is not entirely their fault.

In short… when there is a big enough budget for something SUPER SPECIAL… in comes an onslaught of designers—another kind of designers—that I do not fit with, who ends up producing lamps that do not give light for the life of them… and to put the icing on the cake, these are featured in books, courtesy of the Spanish Institute for Foreign Trade. “Of course, ha, ha… it’s just that Santiago Sevillano does not fit the profile…” So in January 2005 I found myself studying to become a surveyor, teaching courses, entering competitive examinations for a municipal post, and designing six full lines of lighting fixtures, each comprehending 23 items, trying to find alternatives for my future.

Day or night, there was no break. My contact in China spent six months there until everything was finished. Each night I spoke to him or with his assistant, who told jokes to me so I would not fall asleep. The series were launched. They are such a success that people are still in disbelief. Everything seemed to be going back to normal when… the knock offs came out. How wonderful it is that everyone loves your work so much, they all want to take advantage.

How can one protect oneself from imitators? Assuming it is possible at all. In Europe, we all know how it goes: patents, registrations… The OHIM only applies to 26 European countries… there is no agreement with North America or countries from the former Soviet Union… If you show up to “civilised” fairs with trademarks from other countries, with correspondence and dated plans, and introduce yourself as a designer, there is no problem: they pull off the product and that’s the end of it. Until you get to Germany…

The clincher is that now plagiarists do not exhibit their knock offs in fairs, they feature them in their catalogues and sell the items online. So fairs now are much more fun. You no longer have to visit every stand (they see lije empty boxes compared to its former pawnshop feel), now you also have to peruse every single catalogue. Instead of going to fairs yo see what is new, you have to go to protect yourself from initators… these are the days.

Now that we have become the first batch of designers to fry our noodles trying to cut the costs for others, and that have opened up paths of our own, multinational corporations have learned their lesson and stole all the brains, from China and elsewhere, young and single, and put them in the line of fire. So now we have to deal with China… and tomorrow, God only knows.

In the words of a great sexagenarian and con artist extraordinaire; “the world is full of suckers, I don’t mind when people tell the trick behind the con, there’s always some idiot that bites.” Who will be next?