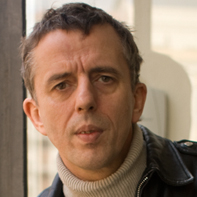 It is widely accepted that many of this country’s industries and companies need to reinvent themselves. So, while the long shadow of the global economic crisis is painting the future black and all the traditional models for development seem to be exhausted and worn out, it is urgent to find new ideas and projects.

It is no longer about waiting for growth to recover the pace of past years so that we can go on as before, as if nothing had happened. Indeed, deluding ourselves with the idea that all crises are followed by periods of wealth and well-being is to believe that there is an infinite cyclic dimension, independent of the availability of resources which are obviously limited.

And if we want to “reinvent” ourselves, the first thing we would have to do is to see this moment as a great opportunity. Very especially in our country, where the years of economic boom and uncontrolled growth were, in many aspects, years of “growing without growth.” Here, the liberal principle that defends that material progress brings with it moral and intellectual progress, has totally failed, almost making complete fools of us. The mere thought that we could have kept on and on designing and building homes on the coast and selling ever bigger and more energy-devouring four-wheel-drive vehicles to drive them along underground ring roads should make our hair stand on end.

Subsequently, if we adopt this standpoint, the crisis has arrived to us like rain after a drought, like a vital lymph that could bring us back the courage and bravery required to rethink under totally new terms what we thought was already well-settled. Something helping us to see the future as an occasion for creativity, a liquid space in which to move against the flow and with enough power to generate new opportunities. In lieu of carrying on defending the remains of a recent past, we must put all our imagination in motion to make our projects regain the major place they deserve in a society that must improve itself by engaging in a global rethinking of the values that are at the foundation of its lifestyles. Perhaps sobriety, scarceness and even renunciation could represent a field of action for projects replacing the central position of the market and consumerism by quality in interpersonal relationships.

Indeed, the huge crisis that is currently shaking the planet underscores the fallacy of many certainties and beliefs of the past, as well as the dysfunctions of a model of development conceived from the viewpoint of continuous and sustained growth. A model that, paradoxically enough, establishes an identification between the cycle of production-distribution-consumption and the ownership of useless and luxurious objects and well-being, only to later colonise our imaginary and cure our dissatisfaction with plans to stimulate consumption and credit in order to help us go on living above our means.

Leaving aside the merit of the many reflections contributed by many thinkers around the appropriateness of an ungrowing society (in this regard, I would encourage designers to read Serge Latouche and Maurizio Pallante), we could say that we all now have the feeling that there is something that has stopped working and that the party is over. And this is something we can notice in our daily lives and in some patterns of behaviour that are, in any case, far more realistic, creative and responsible than those followed in the past.

Something has changed forever, and we have reached a breaking point that urges us to adopt far more radical and courageous political and cultural responses than just papering over the cracks as championed by the technocrats of the organised irresponsibility and the croupiers of international bankruptcy.

The high price of the current economic crisis should not be met by the usual payers: i.e. workers and the environment. We cannot and we should not continue increasing the bill to be passed on the poor and to future generations. Besides, any solution considering stimulating a growth in consumption as a positive feature is irresponsible and short-sighted, for it would mean speeding up the destruction of the environment. Thus, it is no longer about consuming and producing more and more, but about “living better by consuming less.” That should perhaps be the slogan we should adopt to define new future scenarios in order to give sense to the activity of designers and companies alike.

In any case, to that end we will need Design with capitals, and not what we understood for that term in many fields of our profession. We must stop reducing everything to marketing and fashion, for what we need is a culture of design that puts the real problems of people and of coexistence in a planet that is getting smaller and smaller and more devastated all the time at the centre of its concerns. A culture of design that is capable of thinking of objects charged with love and respect for life, and capable of giving meaning and poetic designations back to things, will never be useless and will set in place an irreversible heritage. The alternative, the commodity-driven design that so many institutions and design centres are determined to promote, is inevitably bound to disappear at the same speed as the objects it champions and that are rendered obsolete at the very moment of their creation.