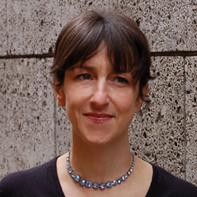 Design these days is overrated. While it is important that we live in functional and pleasing surroundings I think beauty and efficiency can be found in so many places other than a design showroom. I hope that modern design won’t ever stop people from finding good objects in common or unlikely places, or better still, from making things themselves. Things that are hand made always have a special value, a soul.

When I design my main concern is to impress, to move, to create something that is exciting and brilliant, a pleasure to look at. I’m aware of function, but I favor form. In that respect I’m lucky, because in the kind of objects I design, lights for example, form often comes before function: in fact you can say that in most decorative lighting function is subjected to form.

Having said that, design is a discipline with strict rules that have to be respected, otherwise is a bad design; Good design has to WORK, and that’s an inescapable reality.

All things are designed for a purpose, no matter how decorative and beautiful they are or supposed to be: the moment this purpose is not fulfilled, than is bad design. In my case, working with things electrical, I always have to be aware of several restricting factors such as flammability, size of components, wiring, safety regulations, access to the light source, etc. etc; the list is endless. I don’t think these are necessarily a bad thing: I find that restrictions spark creativity, because you have to think harder. If the best ideas are born out of necessity, than the cleverest designs are born out of the strictest briefs – for example, like when using recycled materials.

From this point of view, the job of a designer is much harder and perhaps more creative of that of an artist. When it come to expression an artist usually has carte blanche, and that’s much easier! The comparison between artist and designer has always interested me, because I’m both.

For me, the argument between Art and Design is only fair when it comes to form, only from a visual perspective. Modern art is very much influenced by design, because is influenced by its surroundings, by every day life – and in a sense you can say that almost everything around us is designed.

Of course, the influence of Art on the designs of its time is indisputable: in the essence of lines and forms and colors and patterns, while drawing from the same inspiration, Art and Design have gone hand in hand for at least a century. (The modernist currents of the 20’s and 30’s are a clear example of this.)

But when it comes to making “stuff”, to the mechanism of the creative process, the two couldn’t be more different: Art is words where Design is facts, Art is explosive where Design is implosive. Where in the first a successful work – not just in the commercial meaning – is the one that, by its own merits, stands out and impose itself, and the idea become stronger and more relevant in the public mind, in the designing process the original concept gets diluted, subjected to a number of factors; the idea loses its strength, but ironically, that’s where its success lies, because it works on different levels, and the public can make it its own.

I begun my career as an artist, and still am, an artist first. This is not because I regard Art as more important, but because my approach to my work is closer to art; and also because I don’t have much of that technical background expected from a designer. Like all artist, I “use” a technique, but my work doesn’t stem out of it.

I don’t understand why nowadays all designers are supposed to have trained as architects; and I don’t see how an architect can automatically make a good designer, when architecture can be so cold and heartless. I met some great designers that weren’t architects. A great design has to be desired, loved and cherished, and to achieve that you have to put in a certain amount of emotion in it.

My favorite designers are Ron Arad and Joe Colombo: I respect their work very much, but I couldn’t say that any particular designer has ever influenced me. All-and-all I would say that Donald Judd has been the single biggest influence on my work. I don’t read or own design books or magazines, though sometime I think I should. More at Articulado’s book.