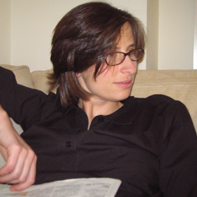 The contest called for a prototype on a 1:1 scale, but the funds were not enough to make one. Or rather, the budget was not enough, but creativity was. An ingenuous exercise in recycling allowed a group of students advised by the professor Albert Esteve to not only enter the Experimente awards (sponsored by Impuls Design Förderung) in the 1993 Ambiente Frankfurt fair, but also to have some of their pieces selected and shown in the fair. So they could not develop a life-size prototype of their design? They transformed real pieces into their design. They treated them, handling them as raw materials, and took from them exactly what they needed. “Giving them a new life through the constructivist and surrealist practise of assembling dissimilar elements.” Esteve tells this anecdote in the brief but rich catalogue published on the occasion of the Revival exhibition in 2007. Its title is eloquent enough. And this experience was as fruitful as the 1993 one.

A series of designers from the Escuela d’Art Superior de Disseny de Valencia (among them professor Pedro Ochando) needed a space to exhibit their work. They came across a pottery factory near the Valencia airport. It was no longer in use, but it still kept numerous pieces and scraps. Their approach shifted: from exhibition space to studio. And Revival also brought a new perception of the existing. “It explores how to infuse new life into objects, fragments or pieces whose function had been lost or phagocyted by the ever shifting vortex of the obsolescent market”, in the words of Esteve. Out of it—of all those remnants—came surprising pieces, unique and above all fresh, very new despite being made out of old raw materials. Some of these could be seen again in the latest edition of Nude in 2008, which provides a springboard for new designers at Feria de Valencia.

As happens in Milan, Stockholm and London, a visit to these newer fairs for young creators provides clues, not so much on emerging trends, but rather on the concerns and interests that will probably have a strong bearing on the objects that will populate our habitat in the upcoming years. If we listened closely to what the pieces exhibited in the latest Nude “said”, it was easy to conclude that sustainability is not just another word: it is a substantial part of the approach to the work, of the germinal concept of the project.  Because creating without producing, or at least producing less, is sustainable, is it not? The pottery pieces produced by Revival are not the only example that came to the Valencian fair. The Istituto Europeo di Design of Barcelona had been recycling too. In this instance it had been trying to use the materials provided by the Zicla firm, which specialises precisely in recovering construction materials, and out of these—recovered car foam mats, plastics—came to be seats, cushions, or exhibition stands.

They say that need sharpens ingenuity. For those who question this, consider the example of that award that the students of the AA:OA school could not enter due to budgetary constraints, which ended up with the selection of several of their pieces. But a lack of means is not the only force that drives material containment and creative expansion. An ecological conscience and intelligence are strong factors too. This does not seem to be a passing fad, to be overthrown by another coming up with greater willpower or momentum. Its appearance may change, it may take on different shapes, but it seems that the ecological conscience is here to stay, and that recycling is one of its cornerstones. Some pieces or initiatives quickly come to mind, like the 0 Km/h by Emiliana Design, a motorbike saddle turned into a stool, from 1997; or Cartela, those fantastic shelves by Curro Claret, from 2003, made of drawers and all sorts of boxes that let the former use of these “recovered” coffers define the form of the piece. In France, the 5.5 Designers also took to work in 2003 to take “the worst” out of the garbage. Their intention was to rescue old pieces of furniture in such a state of disrepair that it was no longer possible to sell them second-hand. They “resurrected” them, giving them a new life in the collection Réanim. Five years later, in the 2008 edition of the Milan Furniture Fair, the groundbreaking Droog Design has presented robots made of toys, a project developed by Tobias Rockenfeld, who made them out of “bits of trash” such as broken mechanisms. This Dutch collective also set out to move consciences, and supplemented a second hand table with a contract that had the user commit to never get rid of the piece. This is intriguing, to say the least.

Back to Nude, it is easy for us to weave another argument: design should compensate for a shortage of space. As if the fair was a sample of reality, it gathered proposals that can unfold or all but disappear depending on the situation, to give practical usage solutions or clear some room. There was, for example, the coat hanger Oh!jear, by Covitaca, which blends into the wall when it is not in use, or a delightful table by Daniel Gantes whose minimal expression condenses the solution of a problem (a shortage of space) with poetic force, also contained in its name: La cool vie bohéme (although the piece is also known as Mileurista or Romántica). A single bracket (just one), accessories for holding plants and pottery from that factory in Manises: a perfect table for dinner (or lunch, or breakfast, or whatever fits the occasion) for two. All of it full of life, optimistic and refreshing. As refreshing as the ideas that look into the future. More at Articulado’s book.