Lumbrera lamp, a vowel with its own light
6282
post-template-default,single,single-post,postid-6282,single-format-standard,theme-bridge,bridge-core-2.2.9,woocommerce-no-js,ajax_fade,page_not_loaded,,qode_grid_1300,vss_responsive_adv,vss_width_768,footer_responsive_adv,hide_top_bar_on_mobile_header,qode-content-sidebar-responsive,columns-3,qode-product-single-tabs-on-bottom,qode-theme-ver-21.6,qode-theme-bridge,wpb-js-composer js-comp-ver-5.0.1,vc_responsive

Lumbrera lamp, a vowel with its own light

11 Abr Lumbrera lamp, a vowel with its own light

Sanserif Creatius will present at the Showroom Anatomy of Design of Milan Design Week (Nhow, Tortona Street 35) the “Lumbrera” lamp, a table lamp with typographic inspiration and a green consciousness, made with 100% ecologic cardboard and a source of wireless tactile illumination with lightning diodes. This piece is part of the new generation of objects conceived for the contemporary habitat that the Nhow Hotel of Milan hosts this week, among its cultural events parallels to the “Salone del Mobile”. 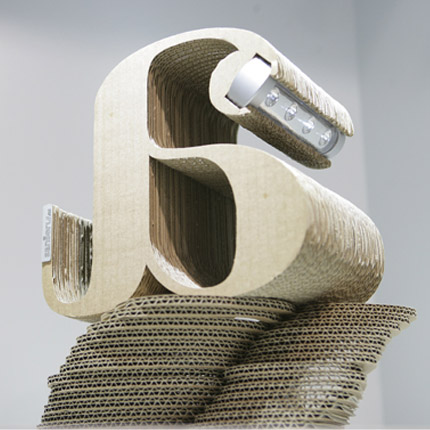 The “Lumbrera” lamp plays with classic forms of the “a” letter, being loyal to its forms, give them a new value – to become an auxiliary light – that reinforces its aesthetic effect, being able to decorate on its own an space of work, as the designer and director of Sanserif Creatius, Ana Yago, has explained.

“Lumbrera” gets its name from the Latin heritance and from the etymology of the name, which makes reference to the bodies that emit light, although, in Ana Yago’s words, this lamp plays with the double sense metaphoric sense of the “a” letter as the first one – because it is the first ecologic lamp conceived at the studio- and because of the popular reading of the term, which with we allude to the people that shine with their intelligence.

“We believe that intelligence is shown in decisions that we adopt every day, and to bet efficient illumination with a low environmental impact is a proof of that” as has explained the designer, who has remembered that the conception of this type of “products with consciousness or soul” is part of Sanserif Creatius’ philosophy, as it is shown by other similar pieces, such as the “Canesú” lamp, the screen delimiter “MyScreen” or the “Valentina” chair, pieces that cover the gaps that have not been explored yet. 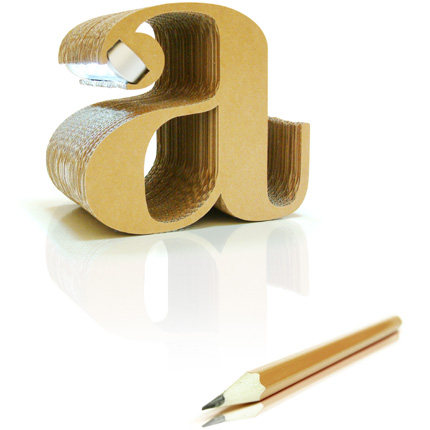 Tactile and wireless. The piece has entirely been made in undulating recycled cardboard through die and cut and superposition of forms to give it volume and depth – three- dimensional feeling -, that is complemented with a tactile system that needs no wires. In the same way, the four points of light, based on Light-Emitting Diode (LED) technology, offer outstanding advantages over other systems such as the incandescent sources, because they have a minor power consumption, more life duration, they are smaller and have more durability and reliability.

As this piece, the set dedicated to the Spanish design at the Showroom Anatomy of Design of the Milan Design Week will count on other pieces of the same family, such as the new version of the hall clock “GrandPa Clock” or the foldable stools “Oportuno”, two key pieces that maintain this objective of this team of designers; to reinterpret functions and products to offer alternatives to the traditional proposals of the lamps, seats and accessories for electronic equipments, for the homes and offices, betting recycled materials and/or recyclable, versatile that require low-tech applications and processes, as Ana Yago has pointed out. 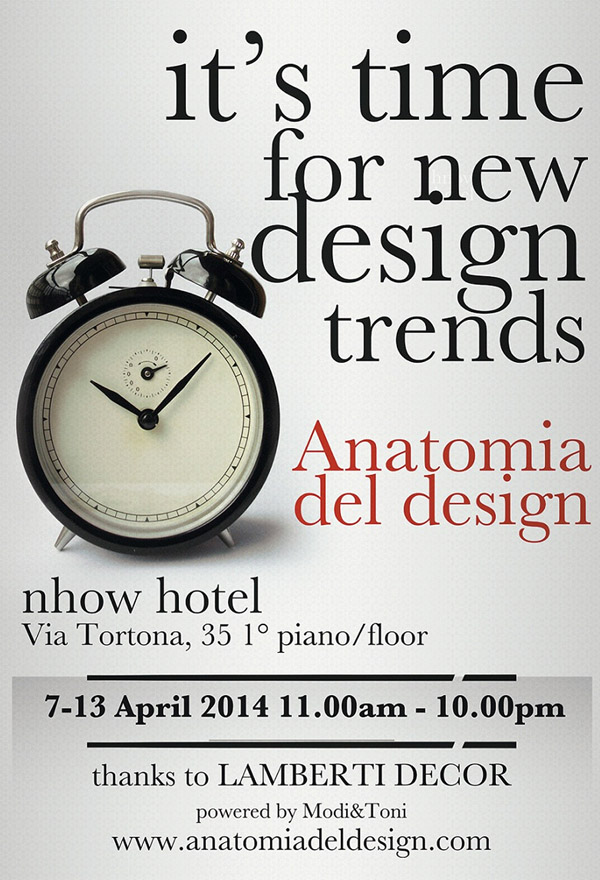 These pieces of Sanserif Creatius will be shown at the showroom Anatomy of Design of the Milan Design Week, placed at the Nhow Hotel in Milan ( Nhow, Tortona Street 35) together with pieces of designers from another ten countries, among it stands out the presence of creatives such as Oooms (Holland), Aoicycle (Taiwan), Lacrime d’Arte (Italy) or Harow (Francia), among others.