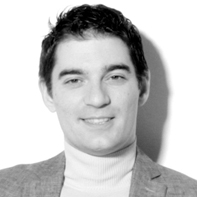 There is an economic crisis. Even the president has acknowledged it. This in spite of months of circumlocutions and euphemisms to evade a term that feels cursed for any statistical analyst: crisis.

Now that the problem has been made official comes the shower of cosmetic measures, that is, those that promise lower rates and aid for citizens and firms, but which in reality affect a very small percentage of the population. The other measures, the real ones, will come in dribs and drabs. Partly because the crisis is a global one, and the Spanish government has no power over the rising price of fuel.

Allow me then, on world industrial design day, to present this discipline and its professionals as a realistic alternative to the economic crisis. And, while I am at it, as a solution to it. This is not an empty proposition. Industrial design, or to put it better, the application of design to industry have had a stimulating effect in the past.

They had a positive effect in the United States when the great depression started. In that critical period when individuals and firms were reluctant to spend money, some irresistible and novel products appeared that promoted a desire to shop. These were products that offered solutions and streamlined production processes, which benefited both the consumer and the manufacturer.

We are referring to the country that promoted process engineering with the manufacturing of the Fort T automobile, a model that was in a league of its own for years, and which became the flagship of what became known as “Fordism”, characterised by product durability and efficiency. This is the best possible definition of industrial design.

Then again, our present view of this discipline is tainted by another movement also originated in North America, that of styling or formalism, which develops a capitalistic approach that characterises the “American way of life”. Which is to say, the creation of products that have a superficial allure and trigger an accelerated rate of consumption motivated by its perceived wear, inspired in the psyche by the law of the newest or latest.

Interestingly enough, the main proponent of this approach was another automobile manufacturer, General Motors, whose strategy was to raise the price of the vehicles as a new model was launched each year; the appetite of the consumer was stimulated by means of trends that were established through advertising. It is worth noting that this is the approach that continues to prevail in the automotive industry.

This is the blemish that has been etched in the minds of the consumer and the entrepreneur. Therefore, they forget that the primary objective of design in general, and of industrial design in particular, is to provide solutions and generate a product based on repetition and targeting a mass audience, that is, affordable to all. Which is entirely detached from terms such as exclusive, unique, or, leaving euphemisms aside, expensive or disproportionately pricey in relation to its actual utility.

This is not what we see today in firms and businesses. It is as if they had forgotten that the trade of industrial designers emerged at a time when our early machines could mutilate or kill their operators. And that given this situation, some governments—Austria was at the forefront of such revolutions—enacted laws to regulate labour safety, making it compulsory, for instance, to place splash pans around gears.

Thus, the technical configuration of the machine was cloaked in bodyworks, a feature that would come to dominate the typologies of industrial age objects. This was a measure devised by industrial designers. And the result was enhanced safety in the workplace, along with a decrease in production costs.

All of the above, as Peter Behrens proved, gave a direction to industrial designers such as Mies van der Rohe, Le Corbusier or Walter Gropius. These designers also addressed the ugliness of mass-produced objects, which was mostly due to a lack of concern with making them attractive to the consumer. Yet, they did not overlook their functionality.

In times of crisis, the best investment policy is to get the maximum satisfaction for the minimum cost. Industrial design was shaped after this tenet. To offer the product with the best technical solution, greatest functional simplicity and lowest cost, without sacrificing its aesthetics. This worked in the great American depression, and will work in this one too if our politicians and businessmen have trust in the ideas of those who salvaged the last worldwide crisis: industrial designers.