The future of sustainable fashion and the personal experiences of the new generation of bright hopes of fashion together in the third volume of Hiatus
5742
post-template-default,single,single-post,postid-5742,single-format-standard,theme-bridge,bridge-core-2.2.9,woocommerce-no-js,ajax_fade,page_not_loaded,,qode_grid_1300,vss_responsive_adv,vss_width_768,footer_responsive_adv,hide_top_bar_on_mobile_header,qode-content-sidebar-responsive,columns-3,qode-product-single-tabs-on-bottom,qode-theme-ver-21.6,qode-theme-bridge,wpb-js-composer js-comp-ver-5.0.1,vc_responsive

Posted at 07:09h in editorial, Sin categorizar by jagf 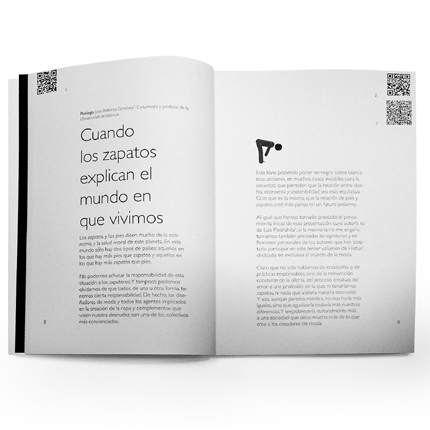 The third edition of the collection of books about design and creativity, Hiatus, tackles the future of the introduction of sustainability in the creative and productive processes of fashion through the personal opinions and reflections of some of the international references of the sector, complemented by the texts of promising young fashion designers already present in international catwalks. They all narrate their path through the difficult world of the fashion industry.

A non-profit book which aim is to gather the opinions and viewpoints of the designers from the fashion world about the changes happening in the production process and the distribution, the effect of new materials and the nature of the selection of suppliers and raw materials, or the difficulties of launching a new fashion company capable of entering the market and accessing the public of such a competitive sector as fashion is, according to the coordinator of the publication, José Antonio Giménez. 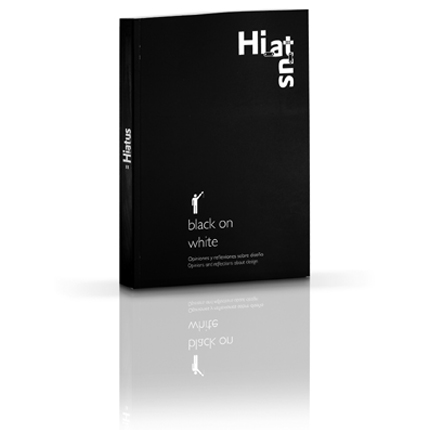 This volume compiles articles that explain from the creative process of projects such as A Costura do Invisible by Jum Nakao, where paper was the raw material used for an experimental prêt-a-porter and ecologic collection; to the experiences of Vivienne Westwood with the Maasai tribes or the creation of platforms like EcoLuxe or companies like Under the Cannopy, global models of nowadays social fashion

All these, in addition to more than twenty texts from ten different countries, trying to through light on a trend –the introduction of sustainability into fashion- that has become established during the last decade and which aims to be an alternative to the FastFasion and the idea of the short-term expiration date, which has taken over the industry since the 80’s. 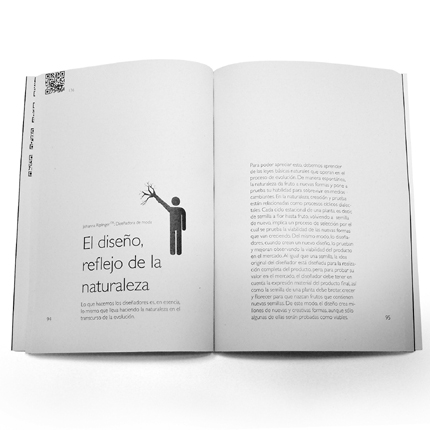 The third volume of Hiatus counts on the collaboration of four Spanish representatives, who bring their own vision of different aspects of the sector. From Roberto Verino’s defence of brand identity, to Francis Montesino’s Mediterranean excess, or the view of the photographer Eduardo Peris and the director of Sanserif Creatius, Ana Yago, about the importance of a photo to transmit the consumer the message of the creator of a collection.

This book gathers, for the first time, fashion designers that have oriented their work to the sphere of culture and show business, like Tim Van Steenbergen, together with important icons of eco-fashion, like Marci Zaroff or John Patrick; critics like Marion Hume, or accessories designers like the couture milliner Leah Chalfen or the illustrator Tobie Giddio, among others. 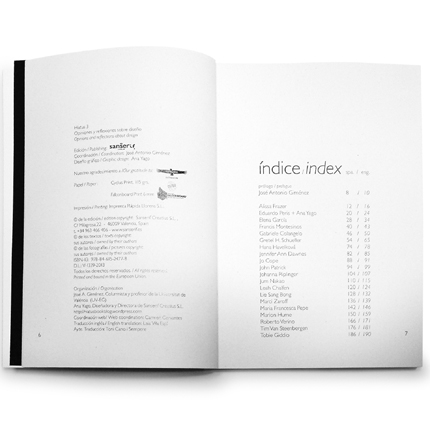 Typography and craftsmanship. Furthermore, the coordinator of Hiatus has announced that in 2014, the collection will include a new volume about typography and an approach to craftsmanship with design. The collaboration of international graphic designers and editors like Erick Spiekerman has already been confirmed, also professionals like Sara Sorribes, who has crossed the frontier of craftsmanship in order to establish projects with designers all around the world.

Hiatus was created as a continuation of a project started by José Antonio Giménez together with the creative director of Sanserif Creatius, Ana Yago, called Articulado, a book that gathered together more than 60 professionals all around the world, from Milton Glasser or Karim Rashid to Alberto Corazón or Ewan Bouroullec. The impossibility of publishing the next instalments, took Gimenez to devise a new non-profit alternative, able to give voice to designers from different fields and regions under the same premise: texts about topics related to economy, design and sustainability.

After the edition of the first three volumes, the number of collaborators has increased with designers like Jasper Morrison, Jorge Pensi or Matali Crasset, design theorists like Pierre Bernard or Ken Garland, and the managers of international organisations like Mariana Armatullo, vice-president of Designmatters or Enzio Manzini, founder of the DESIS (Design for Social Innovation towards Sustainability) network.

Furthermore, the edition numbered Hiatus III is part of the project Esencia by Sanserif Creatius, finalist of the 2012 National Crafts Awards of Spain. A book printed on recycled materials distributed by Torraspapel. In addition to helping the preservation of forests, it helps to reduce the use of natural resources –water, energy, etc.- and the CO2 emissions to the atmosphere. More precisely, the paper used was Cyclus Print 115 g/m for the inside and Falconboard 6mm for the covers. More info: Hiatus book blog