Sanserif Creatius is introducing a decorative modular system serving as shelving or to divide spaces or even as a counter. COMA, whose name is taken from comma, the punctuation mark, is made of two modules combinable in different positions by means of a metallic structure covered in wood panelling. The goal is to “reorganise spaces through a graphic play that reconverts a separating wall into an ethereal and multifunctional element”. 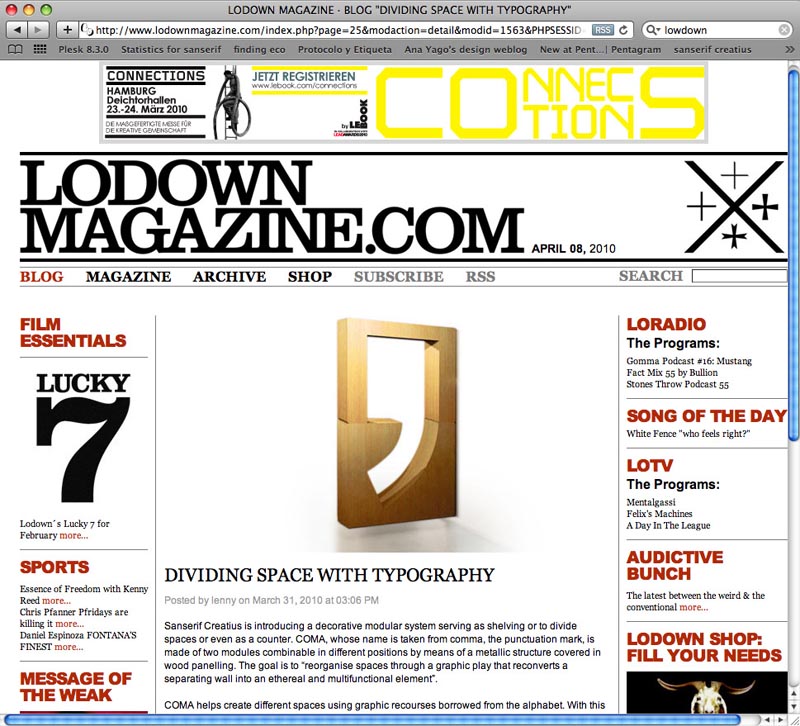 COMA helps create different spaces using graphic recourses borrowed from the alphabet. With this in mind, and similarly to the way in which punctuation marks indicate parts of a sentence and structure a text, COMA organises spaces without physically separating them. Furthermore, its modular structure enables it to act as a simple arrangement of space while at once transforming itself into a counter, shelving, a display unit or a container, among other possibilities.

The piece is anchored to the wall. “It is like a branch emerging from the bricks and cement and bringing light and depth into the space”. It projects over the floor, “setting in place an evocative visual game with a lightweight volume, replacing the concept of the dividing wall with a structural element added to the construction”.