Posted at 05:38h in editorial, Sin categorizar by jagf 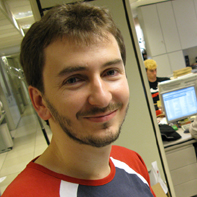 In 2006, The Bakersfield Californian daily newspaper launched a radical redesign that transfigured its cover into a lively mosaic of images and headlines. The result was not too regular, for the success of a design varies depending on the material it is built with and it is not everyday that the issues of the day supply the best elements. However, the covers of The Bakersfield Californian always have some standout detail, and what they have above all is a unique character differentiating this newspaper from all others.

Redesigning a newspaper like that can come up against many objections. But no one could deny its managers the courage not everyone has and that may be justified with the quote, attributed to its editor: “It’s time to stop rearranging the deck chairs on the Titanic”.

The press, and indeed the world, is going through times of pessimism and hysteria, adrift in the middle of the ocean. Sales are dropping and an end-of-an-era fragrance is blowing in the wind. And that atmosphere in which everything seems to be sinking at differing paces favours the appearances of oracles, gurus and wizards. As a matter of fact, we are all so bewildered that anyone may tug at his beard, take a crosier and announce his prophecy about the end (or transformation) of the press to all and sundry.

Here is my prophecy. Since time immemorial, ink and paper journals have responded to two major requirements. On one hand, the mission to contain as much news as possible in a limited space. As a matter of fact, according to a well-known slogan, newspapers aspired to feature all the news worth printing. On the other hand, newspapers were forced to submit that mission to countless technical and production constraints. The materials to be published had to follow a strict discipline of edition and design that could give an opening to the contents in the fastest and simplest way possible.

Nowadays, newspapers can elude those demands. To become an exhaustive account of what is happening has lost any sense since daily news have found a more immediate access via Internet. And the Net now truly has enough space to contain all the news worthy of being published. Obviously, ink and paper newspapers will focus their contents (when not doing so already) more on explaining reality than trying to narrate it.

Technical constraints have also found a relief in the new printing and design media. Large formats, a forcedly reiterative structure or typographic monotony, are no longer compulsory. Designers have the power to build their models as they please.

Therefore, we have reached a point of transformation in which the mission of editors consists more in selecting than in compiling news, and where the possibilities of designers are almost unlimited. The new design of newspapers has to adapt itself to these two features.

I take it for granted that the days of paper periodicals are numbered. I don’t know how many years they have left, nor the extent of their decline. The crux of the matter is how the medium will evolve to adapt itself to our changing world, and how each individual newspaper will change to beat its competitors and to what extent dailies will make the most of that new freedom of design.

For my prophecy is based on those three words: freedom of design.

For years, newspapers have favoured discipline over creativity. Now it is time to make up for lost time. It is time to look for the difference, to adapt the design of each page to its contents, to find new typographic solutions and for the newspaper to reinvent itself day by day.

It does not make any sense for newspapers to waste the new possibilities because of a misconceived ambition of seriousness. Monotony is almost a faith that has turned previous limitations into signs of identity. From that viewpoint, everything exceeding traditional design is a frivolity that weakens the informative product. It is the same school of design that discards process colour photographs because it views them as less serious—as if TV news programs had to go back to black and white to establish the difference.

Freedom and change. It is a commonplace that newspapers have a tendency to look more and more like magazines. Colour codes, blank spaces, easy-to-use formats, totally graphic silhouettes or pages have been (up until now) design techniques typical of magazines currently being imported to daily newspapers. However, the basic design feature of magazines is that it is free from ties and usually also from prejudices. Then, the question does not lie in the possibility for newspapers to take a pendular shift from discipline to chaos or from grey to all the colours of the rainbow. To look increasingly like magazines does not necessarily imply shortening texts and filling the paper with frills (something editors are always reluctant to do). Turning daily newspapers into daily magazines means forcing the machine of competitiveness and looking for new forms of expression, fighting against the inertia of the “we have always done it this way” or against the prejudices of the “that is not what a serious newspaper must do.”

The cover of The Bakersfield Californian is an extreme—and, for many, disproportionate—case of transformation. But it is also a highly courageous design that dared to break the graphic conventions of newspapers. An example to follow.