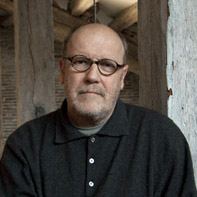 In Barcelona, the modernist project was put on hold for forty long years during the obdurate, grey dictatorship. Perhaps for that reason, after Franco’s death, and with the return to democratic institutions and the arrival of freedom, we were wrong-footed by a postmodernism that was already beginning to call the shots. How could we be tired of the modern movement if we had not fully experienced it? So the notion of design and architecture as an element for social progress, evolution and transformation continued to find a place in our set of ideas. It evidently connected with a large group of people engaged with politics: left-wing, progressive and social politics. We found ourselves in some kind of modern limbo while irony, cynicism, uncertainty and historicist references were already clearly influencing artistic avant-gardes. But that too is already history, and the frivolous yuppy 1980s soon arrived and we discovered that we too could be cosmopolitan nightbirds, yet this was quickly truncated by our city’s abrupt return to earth as the aftermath of the Olympics dispelled the mirage.

There were many back then who renounced the power of design to act as a social agent, and yet others who shifted towards an art that I would class as second rate. Others opted for a more commercial route, and stopped thinking that of end users as the target for their work. They simply decided to work for their clients, to which there is no objection. But along the way, they stopped thinking in terms of users and talked exclusively about consumers. These two derivatives from post-modern design would be worth analysing.

But let’s see what happened to the artist-designers. For some years now, probably since the historical avant-gardes of the early 20th century, there has been an ongoing debate on the boundaries between Art and Design. Perhaps first of all, we ought to explain that Design and Art are not the same thing: design solves problems, looks for answers. Art proposes problems, puts questions forward.

They both work with ideas, forms, images, etc. They look to each other, one feeds off the other, but they ARE NOT the same thing. The main difference is that in design, and particularly in graphic design, communication is an essential precondition while for art it is simply a desirable one. But let’s clear things up: a painter who makes a poster is not a graphic designer; and a designer who makes a poster that does not have a communicational purpose is not an artist; a painting is not a poster; and a poster is not a painting.

Design solves problems. It looks for answers. It strives to improve society by coming up with solutions to problems. It tries to make life more comfortable. It responds to a strategy and to set goals. Art proposes problems, poses questions. It hopes to improve society by formulating questions that society very often refuses to ask itself. It tries to disturb in order to provoke a reaction, even if it is one of rejection. Both are necessary. If art did not exist—that is, if doubt, risk, transgression did not exist—our world would probably be very comfortable, but also terribly boring. On the contrary, if design and communication did not exist, we would be lost all day, not knowing where are we, what it is we are reading, what it is we are buying.

Designers do not find answers through forms, graphic resources or aesthetic trends. Designers find responses if they generate communication strategies. The designer’s “character” lies in his/her power to get things right, to not incur in formal repetitions. We often see designers who, like artists, bring their “personality” to their work. In other words: they work from a predetermined formal code and pigeonhole themselves in it. And this ultimately means that clients will enlist their services not to obtain a solution to a communication problem, but to buy a recognised signature. Just like what happens to star architects, what matters is not so much the programme, the use or the function, as the chance to say that we too have our own Frank Gehry or Santiago Calatrava.

Though real, the boundary between art and design is a fuzzy one. And since postmodernism it is even fuzzier. The modern movement worked with absolute truths and dogmas. Less is more, was Mies Van der Rohe’s doctrinaire affirmation. But now we work with relative, temporary, hesitant responses. We inhabit a world of uncertainties, but also of flexibility and movement. In this context, to create their works, some artists use design strategies such as graphic communication. And there are, of course, designers—here at Cla-se it is something we do all the time—who through their work not only attempt to provide solutions for their clients, but also to pose questions to users.

If we accept that design is communication, then we will have to ask ourselves what does communication mean. And, as David Carson once said, “just because something is legible doesn’t mean it communicates.” To communicate we must capture attention. Communicating is informing, but it is often tantamount to seducing.

We must be aware who is the target of our communication. Who are we working for? The customer? The consumer? The user?

Here is where the second derivative enters the equation, namely the studios who, thanks to marketing experts, have abandoned the end user as their reference. The only aim of their work is to increase the sales of their client’s product, be it a detergent, a politician or a bank account. Admittedly, that is not a simple task. Huge sums of money are invested in market surveys to minimise the margin of error. In uncertain times, executives demand certainties. The result is that, exceptions apart, the quality of design is rather low. Where there is no risk there is no innovation. Selling what we already know will sell is profitable but hinders progress.

Apart from the above, there is also a, if you will, political factor. A consumer is not the same as a user. Our goal with consumers is to dazzle them; however, we must provide users with a service. It is relatively easy to shock, to provoke; it is rather more difficult to, at once, communicate. Paul Rand said “Don’t try to be original. Just try to be good.”

In short, we know we are not artists, that we want to provide responses to customers but also an honest service to users. At Cla-se we use formal tools, but above all, communication strategies. We can draw inspiration from art, but don’t forget that our goal is to communicate. More at Hiatus’ book.