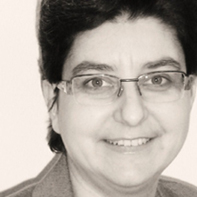 “Unhappy is the land that needs heroes”, wrote Berthold Brecht in 1938, in his Life of Galileo. Searching for people of supposedly super abilities and powers as an answer to society’s problems means divesting of the individual and collective responsibility to reflect and act. Resorting to heroes pacifies fears and offers a soothing, albeit fragile and temporary refuge. It means delegating, rather than trying to engage in responsible action. In other words, looking for “ready-made” solutions expresses the reluctance or inability of a society to solve its problems through dialogue, active participation and cooperation.

The eighty year-old quote by Brecht is very relevant to contemporary design. Mainstream design today takes place primarily in a highly commercialized context and constitutes a glorification of “beautiful” form by “genius” designers. Commercial interests and oversized egos underpin the design star system, in which individual designers become heroes to be adored by the consumer masses. The star system curtails the creative potential of designers by turning them into mere stylists dealing with a small gamut of consumer products. Looking back into history, it appears that the commercial exploitation of products as icons has been largely grounded on modernist credos, from which followed a conception of design activity as ingenious invention by gifted individuals. But this is the old and dying paradigm, being gradually replaced by a new one: design no longer as form, but as a process and as concern for the user. For this shift to become fully realized, it is necessary to switch from a designer- or product-centric model to co-operative design actions involving a range of stakeholders.

The perceived beauty and perfection of new products is itself an oversimplification, as all things consist in fact of replicas, gradually changing by minute alterations rather than by abrupt leaps of invention. Good designs have always resulted from an evolutionary process, through a series of successive, slight modifications over a long period of time, not through frequent obvious changes for the sake of offering something which looks really new and different. Design may be regarded as a gradual, step-by-step process of adaptation of formerly existing solutions. More often than not, success comes from creative imitation by groups where several minds influence each other, rather than from acts of individual genius. When the word “design” is used to express a sole designer’s creative activity leading to an ultimate solution, it is in fact holding back the cooperative and past-related dimension of designing. In the emerging paradigm of participatory design, professional designers cooperate with users in intervening into individual practices of living. This situation is compatible with the evolutionary perspective and challenges the authority of the individual designer. Internet-based tools contribute to a new understanding of design by providing novel platforms for communication, co-creation and dissemination. Design is thus increasingly regarded as an interdisciplinary, collaborative activity, established on a collective process of creation. The obsession with objects and with the lone designer-hero is replaced with an enthusiasm for the process and the dynamics of social interaction.

In a similar vein, the Open Source or Free Software phenomenon, described as a new mode of production in the digitally-networked environment, enables groups of individuals to collaborate on various software development projects by following a diverse cluster of motivational drives and social signals, rather than market prices or managerial commands. Open Source is a collective, collaborative, evolutionary process of creation, which has been successfully applied in software development and has been infiltrating other professional communities for several years. Applications of the Open Source paradigm in a design context reveal that the idea has already been taken up by the design community in a variety of different circumstances, like, for example, the ThinkCycle, Open Prosthetics, One Laptop per Child and OpenMoko projects. These examples show the range and diversity of challenges and opportunities posed by new technologies and the resulting communities of knowledge and practice. The new paradigm is not suggested as a unique model to replace all the older ones, but as an alternative to the dominance of the current commercial model. Along these lines, it is part of the designers’ agenda to work for the development of viable applications in the design domain. Redefining the role of designers, as well as the roles of a wide spectrum of stakeholders, within the new model, constitutes a great challenge for the years to come.

In these years, the list of critical issues that humanity faces is daunting: environmental crisis, political conflicts, poverty, urban degeneration, matters of education. These problems are huge, but not insurmountable, and design may contribute crucially to their solution. To do this, design does not need heroes and stars; it needs sustained effort, collective action, consensus among diverse groups, tolerance towards difference, and the will to act responsibly.