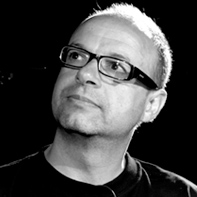 I wonder, is this so? Is it as simple as this? Can we consider “the good” and “the bad” as something inherent in the design of a specific typeface or font family? In technical terms, perhaps, but when it comes to aesthetics, certainly not. I believe the latter to be a subjective area, so what I am about to express is merely a personal assessment with the sole purpose of sharing my point of view.

We designers sometimes experience problems with typographies when we are composing a text, particularly when it is a long one. We come across fonts that are not spaced correctly (although there are applications that do not process well the spacing information contained in the font archive, and this has nothing to do with the typeface at hand) or do not have all the necessary characters for the correct—and necessary—text composition in a given language. From this perspective we could label these typographies as “bad”, even if they were a “revival” of a classical type.

A “good” typography is not defined by its design, but is determined by its usage. And to a certain extent, this is not something the typography designer can control. This falls to the skill of the user and his ability to handle the communication medium.

Today, the technical aspects are more than ever in the hands of the typeface designer. Specialised vector graphic applications for typographic development give the designer a level of control that allows the creation of high quality fonts for those that have the necessary knowledge.

The aesthetic aspect is quite different. In this point, the determining factors are the experience and training of the designer, his methodology, his cultural background… the same as with graphic design in general.

It is important to take tradition into account, since issues such as legibility depend to a large extent on our ability to recognise forms, and these have not varied much since the Roman fonts developed by Jenson in the late 15th century.

Thus, it is apparent that there is little room for manoeuvre in the design of new typefaces, particularly if these are intended for body texts. Issues of perception and adaptability to different media are key to gaining the approval of designers and ultimately of the readers.

In the early 1990s some of the typefaces of the independent firm Emigré became truly popular. Fonts like Template Gothic by Barry Deck (1990) flooded the streets to announce things as varied as coffee and underwear. The typographic designs from California were displacing traditional Latin font faces like Mistral (1953) by French designer Roger Excoffon, which had been a great hit in the 1980s. I remember that the Template Gothic font presented serious problems in some character combinations that appear in Spanish or Catalonian texts. The contexts in which this typeface was used were not always appropriate, since in most cases the face was selected based on a trend—the post-modern wave—and not as the result of a conscious choice toward the resolution of an exercise in communication.

Keeping in mind that trends play a role in communication, I believe that the use of a particular typeface out of its natural context is synonymous with poor typographic design. In any case, any such decontextualisation, which may be interesting in particular circumstances, is beyond the control of the typeface designer.

Given the staggering number of typefaces available in the market, it is increasingly difficult to tell the “good” from the “bad”.

So I agree with Erik that a typeface should be associated, from the earliest stages of its design and development, to a particular end. Furthermore, I believe that there must be some need to give meaning—reason enough—to the existence of a new typeface.

The “goodness” of a specific typeface may depend much more on the latter.