29 Ago Andrea Balboni: My experience 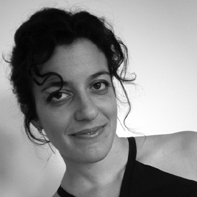 “From planting mangrove trees to bicycle-and-bullhorn early-warning systems, many of the most effective tools are about mobilising people, not expensive technology… From planning and preparedness to financing, we need to act now if we are to reduce our vulnerability to hazards.”

If graphic design is truly about communication, then it is easy to see how we designers can make a positive contribution to the world, for as John Holmes points out in a recent article in The Economist magazine, “the most effective tools” when dealing with a crisis situation “are about mobilising people”.

Holmes was speaking specifically about actions that must happen when natural disasters strike. And with more and more climate-related disasters reported each year across the globe, this is indeed a challenge for the world.

But my contribution to this publication was not meant to be focused on how we as graphic designers can help “save the world”. I think that that is a question that everyone, designers and non alike, have begun asking themselves more and more as our problems in this world only seem to mount. I believe that everyone must find their own way to respond.

What I did want to share were my own experiences working in graphic design in the USA (New York City), Italy (Milan and Bologna) and the UK (London). There were significant differences in each country to the approach to graphic design including how designers were esteemed and valued, what the designers’ work methodologies were, and of course, their aesthetic sensibilities. In the end, however, the goal of the designer was always the same: to effectively communicate ideas.

I began my career in graphic design in New York City. Here the focus was simply on creating work that would sell  products or services relying heavily on branding. The marketing department, who scrutinized their consumer base with the equivalent of an electron microscope, always had a heavy say in how design work progressed. Many times terms were dictated and non-refutable – the logo had to be a certain size (usually large), the colors pre-determined – and designs were altered accordingly. Often times one felt the marketing people had more of a hand in the design of things than you as the designer.

And deadlines were tight in the city that never sleeps. A carefully defined work process was solidly in place to assure that under great pressure, quite a few projects could be completed in small amount of time. There were formal briefing in sessions that were followed by clearly defined stages of the “creative process” from carefully numbered rounds concept sketches to carefully numbered rounds of design development. Meetings with the client were usually attended by an account director and then the input conveyed back to the designer.

It took me awhile to adjust to the work environment in Italy, where I found the opposite to be the case. In Italy, there were rarely any formal briefing sessions or clearly defined phases of the design process. At times working with such little structure was chaotic, and in the first few weeks and months in my new job, I felt like Alice in Wonderland where everything that I had experienced in New York was turned on its head. But as I adjusted to this new way of working, I discovered that it allowed for a certain freedom and flexibility that there didn’t ever seem to be time for in New York, which seems ironic given the efficiency with which we worked.

The focus in Italy was in first creating something that was striking, beautiful, and visually appealing, no matter how long it took. Don’t get me wrong, there were deadlines of course, but our working methods were entirely different. Much time, energy and passion was spent on the initial research part of the project. Rich ideas and complex concepts were highly valued by the Italians I worked with, and thus thoroughly explored and developed.

Marketing imperatives were a consideration (it was indicated which high-selling items were to be placed at the beginning of a catalogue for instance), but marketing would never dare dictate the visual aspects of a design project. This was the designer’s area of expertise, and only she could determine such things. After all, she was the creative force and highly respected as such. And a beautiful object after all, would sell itself.

My experience in London thus far, reflects graphic design history here. Since the 1930’s and possibly even earlier, British designers have looked both to the European continent as well as across the Atlantic for an understanding of graphic design direction. I have found that in Britain, much study goes into marketing: defining clearly which market one is targeting and what might be the best way to reach that market. At the same time, there is a real push to create visually striking, conceptually challenging, complex work. And while there is a very clearly defined creative process which allows one to work efficiently, quality in content and execution are rarely sacrificed.

It seems that here in the UK, I have found what is for me the perfect balance between design practices in the USA and in Italy; I am at once respected as a designer and creative force, but must also respond to a marketing need.

And to my own personal need to affect change in this quickly changing world.