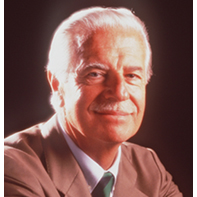 The functional objects that have become basic devices in our everyday environment—a chair, a fork, or any other domestic furnishing or utensil—have been categorised into a sort of taxonomy, and reached their current classification through a long evolutionary process shaped by the craft of their manufacturing and the insight gained through their use. As happened with animal species, they all started out with a rough and incomplete construct that gradually improved on its offerings and structure until they reached a perfect balance of structure and function in the configuration that they keep today. All of these objects have reached such formal perfection that it is difficult, if not impossible, to increase the utility they can provide us.

Thus, it could be said that any “genera” of things that survives has reached a “saturation point.” When this point is reached, it is almost impossible to make these things progress, and any attempts to push them forward regardless is no longer progress, but rather a step backward that incurs a loss in practicality. One should not pretend to alter the essence of those things that have reached this apex, and which cannot be improved upon hard as we may try. When this climax is reached, it ought to be respected. Forcing change on these forms can only undermine their virtues. Just as each biological species has its evolutionary limitations, each manmade genus has restrictions of its own.

We must accept that there are certain areas in which progress is no longer possible, and which already offer as much as they ever could. This is not meant to put the brakes on creativity, but to help it take a different direction. It also does not mean that we should see everything around us as immutable: the point is for us to learn how to tell apart those things that have reached such perfection from those which have yet to attain it.

The course of creation is not found solely in changing the appearance of the things we have inherited and nothing else. Changing one form for another in something that already works is shallow and inconsequential. Creativity is expected to go beyond, creating the new tools that are required by the cumulative lifestyle changes. Our way of life is in constant flux. Such changes offer many possibilities for creativity, if one can identify the emerging wants that need to be addressed. This identification is an essential starting point for the creative act. The role of creativity is precisely the anticipation of new “genera” of goods that are needed, and not the recurrent modification of the appearance of those genera that have proved themselves unimprovable.