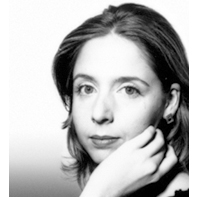 Perhaps you did not use to have roast chicken, but if you walked around Valencia you could feel the air of the city was permeated by that smell. There used to be stands everywhere, as numerous as chestnut stands and lights in Christmas season. The senses make unconscious associations that are preserved in our memory. But not in the streets. At least, not like it used to be. The thing is, even though at present Sundays smell of all sorts of foods to go, to me they still smell of roast chicken.

Such evocative complicity is what any product or brand needs. And to provide it is the task of the communicator. And we, designers, are communicators. Manage to introduce the identity of a firm or its product in the mind of the consumer, and make it stay. To have it integrate their memories out of an ability to evoke, inspire, or bring up associations.

Whenever a new product is launched into the market, it is presumed that it has gone through a previous research and development process. That it has been tested and has an inherent value that will make it stand out from its competitors. It does not matter whether we are talking about a table or the label for a water bottle. Its worth is taken for granted.

It is also assumed that it holds this value for the entrepreneur. After all, he is the one gambling his capital and thus ought to be the first to be assured that the product or service he is about to offer has the necessary power to hold its share of the market, and if possible, to conquer some additional territory.

An idea (a product or service) does not go to battle unarmed, nor would it have a cavalry—understood in the original sense of the word—charge a division of cutting edge tanks. In other words, one cannot go to the market with an idea lacking a differentiating value, let alone win a battle by imitating the movements of the enemy, for then our foe would always be a step ahead.

The goal is not change for its own sake, but the addition of extra value to gain a competitive edge.

The least one can ask of a chair is for it to be functional and ergonomic, but these qualities no longer suffice. Today, such a chair will have to adjust to the shifting tastes of society, and in order to do so one needs to elucidate the wants of the consumer, as opposed to what the competition might be doing.

Industrial conversion cannot be accomplished in 24 hours. It takes years. It takes years for investment in machinery and production systems to pay off. And for the attitudes of society and businessmen to change. The thing is that society has started to change, and our industrial system has not followed suit.

About ten years ago I became interested in incorporating sustainable materials or recycling of industrial products in my development of ideas, because I believe that any product or action ought to have a soul.

Imbuing an object or gesture with conscience has a pleasing feel. It is as rewarding as granting the consumer the ability to express his leanings in the act of owning or behaving. Because everything has a meaning, even indifference.

And I probably do this for the same reason that Sundays smell like roast chicken to me.

There is a lot of talk about design, but this creative discipline has yet to assume its fitting role in industrial society. And I am not the one saying this. This was said by André Ricard in an op-ed column entitled De lo festivo a lo productivo (From the festive to the productive)[1].

The master said that what is required of a chair or a juicer is to “make our lives easier and more manageable by providing us with comfort.” And this may be enough for many designers. It is not enough for me. I firmly believe that design should assume its due role in society, and that this role goes beyond its basic functionality. Design should provide additional value. It should improve upon what is already in existence. Including ourselves.

It is important that we educate society—ourselves—on the use of renewable resources and raw materials that have a low ecological footprint. We have to promote sustainable growth. To diverge from the philosophy of the disposable and aim toward multiple-use products, etc. And this is something we can do: we, the designers.

Then your Sundays might smell of roast chicken too.