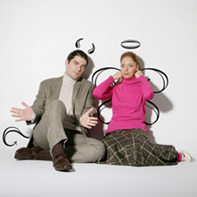 Now is the moment for industrial design to claim its rightful role in coming up with solutions to the economic downturn. And this is no trifling matter. The result of a decided commitment to design applied to industry has already proven itself in other times.

This was the case, for instance, of the USA at the beginning of the great depression. When people, and enterprises, were reluctant to spend money, we saw the appearance of many outstanding, irresistible products that stimulated the desire to purchase. These products offered solutions and improved processes, thus leading to greater benefits for the consumer and also for the entrepreneur.

It now seems to be forgotten that industrial designers appeared as a profession as we know it today at a time when the first machines with unprotected mechanisms produced constant work accidents. Faced with this growing problem, some governments started to pass laws to regulate health and safety at work, making it obligatory to cover cogs in a housing. In this way, the technical workings of machinery were hidden beneath bodywork, a feature that would become a dominant characteristic of all objects in industrial civilisation. This innovation was the work of designers. The end result was an increase in safety at work and a parallel drop in production costs.

And all this, as Peter Behrens demonstrated, was accompanied by a concern for the ugliness of serially manufactured objects and, more generally, for the lack of interest in making them more attractive to consumers. But of course, without forgetting their use purpose.

This is not the only reason why an unwavering defence of design can help to shorten or curtail the current economic recession. We owe this to the economist Frédéric Bastiat. We can sum it up by saying that, to know whether a measure is good or bad, effective and efficient, one must look at the long-term consequences for the population as a whole, and not just the short-term effects for a small part. What Bastiat called the broken window fallacy.

The fallacy consists in believing that a child who breaks a shop window while playing is performing a good deed for the economy, because the shopkeeper will have to spend money to replace it, thus giving work to the glazier, who in turn will be able to spend the money he receives, giving employment to others, and so on. However, this way of thinking does not bear in mind that, if the window had not been broken, the shopkeeper could have spent his money on something else, which would also have helped give work to other people and, furthermore, they would have produced new things and not have had to replace something that already existed.

As Bastiat argued, the bad economist (here read bad design) seeks an immediate benefit that will be followed by a larger evil in the future, while the true economist (read good design) looks for the greatest good for the future, even at the risk of a small evil in the present.

To understand the positive effect on the economy of a “well-thought-out” design, one first has to understand that in this realist fable there are actually three characters, and not just two. One, the shopkeeper (read consumer), is limited by the breakage to just one expenditure. The second is the glazier (read producer) for whom the accident plays in benefit of his industry.

The third is another industrialist whose work is effectively reduced for the same reason. It is this third character who is always left in the shadows and who, personifying what cannot be seen, is a necessary element in the problem. What, on many occasions, cannot be seen is the effect of the economic return of a well-conceived design. A design in which the aesthetic and the function should, today, be grounded on another value; a respect for the environment, in which the whole cycle is taken into account, from production and distribution to the selection of (natural, recycled, reused, etc.) materials, without overlooking their re-entry into the system after their first use life, in order to reduce the environmental impact.