The “Fallera” clothing inspires an exclusive collection of unisex jewells to commemorate the “Fallas”
6168
post-template-default,single,single-post,postid-6168,single-format-standard,theme-bridge,bridge-core-2.2.9,woocommerce-no-js,ajax_fade,page_not_loaded,,qode_grid_1300,vss_responsive_adv,vss_width_768,footer_responsive_adv,hide_top_bar_on_mobile_header,qode-content-sidebar-responsive,columns-3,qode-product-single-tabs-on-bottom,qode-theme-ver-21.6,qode-theme-bridge,wpb-js-composer js-comp-ver-5.0.1,vc_responsive

Posted at 09:22h in Sin categorizar by jagf

The Centre of Craftsmanship of the Comunidad Valenciana will commercialise from this week a collection of handmade jewels commemorative of the Fallas, elaborated by the designer Ana Yago and produced by the artisan José Marín, a new initiative of the innovation project and developing sector Esencia, that is annually concreted in a thematic exhibition and in a collection of exclusive products commercialised by the official shop of the entity, Sibarita Shop.

This jewel collection, called Toplcons, synthesise in pictograms the masculine and feminine traditional clothing of Fallas, in a collection of accessories handmade with noble metals, from gold to pink gold or silver, as Ana Yago, designer and director of Sanserif Creatius, has explained. 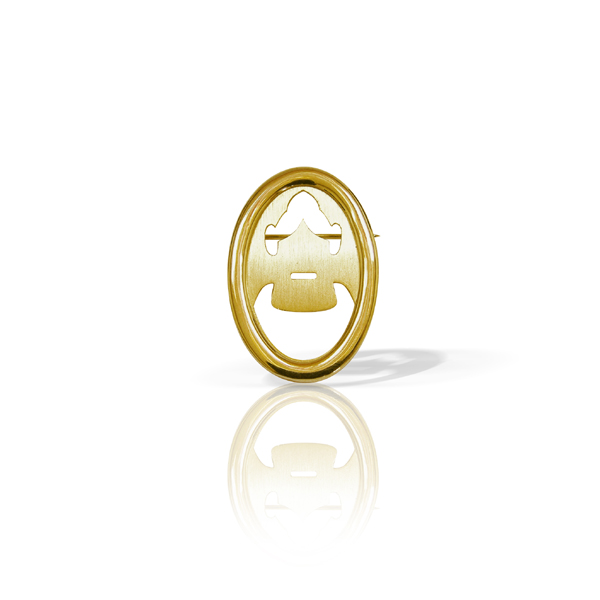 In fact, this collection completes the series inspired by Geishas and Samurai developed by the Valencian designer to the commemorative exhibition of the Dual Year Spain-Japan, Esencia by Sanserif Creatius, Japanese inspiration in Valencian craftsmanship, chosen by the Japanese Embassy to be part of the cultural acts in commemoration of the arrival of the Keicho Embassy in our country, 400 years ago.

The creation of the jewels has taken place in the artisan workshop of José Marín, and in order to make the clothing, the official instructions of the “Junta Central Fallera” have been followed, but reducing the outlines that the dress draws into a identifiable and contemporary pictogram

Thus, the torso and the head of the “falleros” has been recreated, making special emphasis on the hairstyle and the comb, that is, in the way that the needles and coils say, and the handkerchief for the “falleros”. All of this framed as a “Carambas”, feminine pendant and clasps in rectangular forms to the recreation of needles, and cufflinks and emblems that masculine figures present.

In fact, a lot of emphasis has been put in the development of a series of products specifically masculine or unisex – cufflinks, pins, emblems, etc- because together with the ring, tie and watch, constitute the universe of jewels which man tend to use, if they want to stay in elegance, in Ana Yago’s words.