Tablets and smartphones get dressed as Falleras
5715
post-template-default,single,single-post,postid-5715,single-format-standard,theme-bridge,bridge-core-2.2.9,woocommerce-no-js,ajax_fade,page_not_loaded,,qode_grid_1300,vss_responsive_adv,vss_width_768,footer_responsive_adv,hide_top_bar_on_mobile_header,qode-content-sidebar-responsive,columns-3,qode-product-single-tabs-on-bottom,qode-theme-ver-21.6,qode-theme-bridge,wpb-js-composer js-comp-ver-5.0.1,vc_responsive

Tablets and smartphones get dressed as Falleras

09 Ago Tablets and smartphones get dressed as Falleras

Posted at 07:06h in artesano, Sin categorizar by jagf 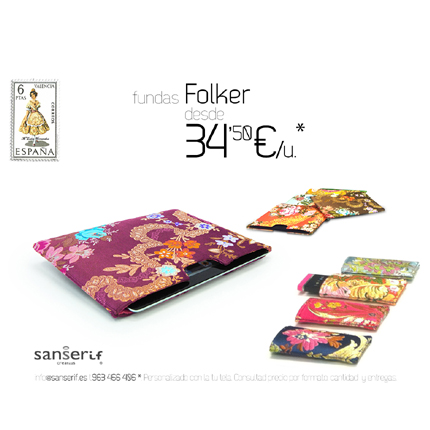 The artisan Alfonso Torres and the designer Ana Yago have transferred the traditional patters of the Fallera dress and the hand-sewn technique of the Moors and Christians’ shoes to tablet and smart phone accessories, as part of the Esencia project to open new markets to traditional Valencian products. The cases are exclusively distributed by Sibarita Shop, the first shop of the Arts and Crafts Centre of the Valencian Community.

These cases, named Folker, have been made with silk fabric embroidered with the traditional patterns used to recreate the traditional dress for the well-known Valencian festivity, Fallas, declared Festivity of International Tourist Interest. 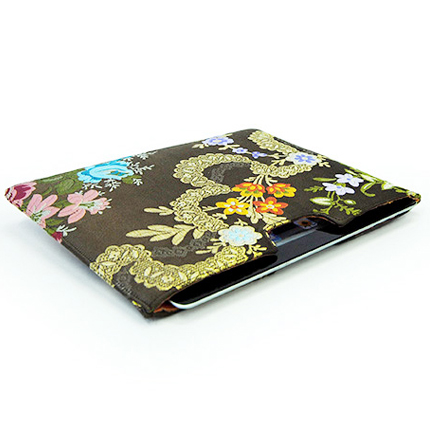 These cases, as well as the costume, which stated being the working costume of the Valencian women farmers and ended up being a party dress, joins the functional nature of the cases to protect electronic devices with the exclusiveness and characteristics of the embroideries and the traditional silk patterns used to make this dresses. This is exactly the same fabric used to make these accessories.

Nevertheless, this product is also conceived to complement the men’s traditional costume, that is, the “saragüell”, “sarawil” or “torrentí” costume, characterized by the “chopetí”, a waistcoat also made of silk and with personalized patterns. 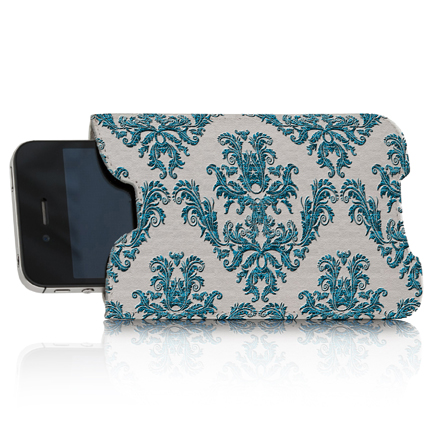 The first prototypes were made with high quality silk fabric from Rafael Català, a Valencian company specialized in traditional fabrics, and are exhibited at The Spanish Foundation for Innovation in Crafts (Fundesarte)  The Folker cases are made with the same kind of fabric and patterns used for the fallero costume, as an accessory for it.

This cases, as well as other products made with traditional materials and processes in wax, porcelain, glass or wood, among others, is part of the Esencia project, an R&D project whose purpose is to introduce new hand made products that meet the needs of other sectors, such as new technologies. Furthermore, this is a way of helping the survival of these techniques and professions, while adding values to these products, such as environmental friendliness, social integration, cultural survival and make our traditional craft industry become rooted.

Folker cases, together with some of the other products from this R&D approach to craftsmanship, has been finalist in the National Crafts Awards by the Spanish Ministry of Industry.