Posted at 09:15h in artesano, Sin categorizar by jagf 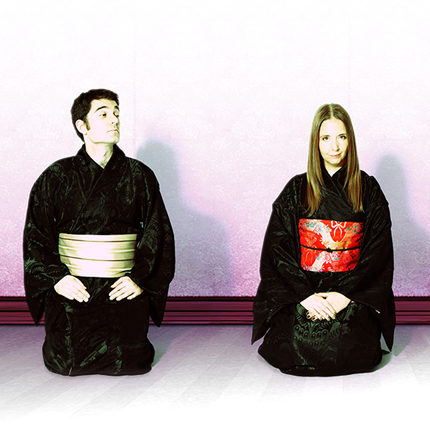 The hands of the dress maker Mª José Cañada, in representation of the Union of Tailors and Dressmakers of the Comunidad Valenciana, have converted into a masterpiece the evolution of the traditional Yukata – a kind of kimono- into a celebration dress with Valencian inspiration designed by Sanserif Creatius to commemorate the 400th anniversary of the arrival of the Keicho Embassy to Spain, that is celebrated this year.

Inspired by the Japanese clothing and the traditional dress of “Fallas” of Valencia, this piece is a blending of the most used version of the kimono: the Yukata, with the traditional textile industry of Valencian silk, which main expression has been expressed in shawls and “fallera” dresses in the last centuries, but that was a booming in the local economy during the Middle Ages. 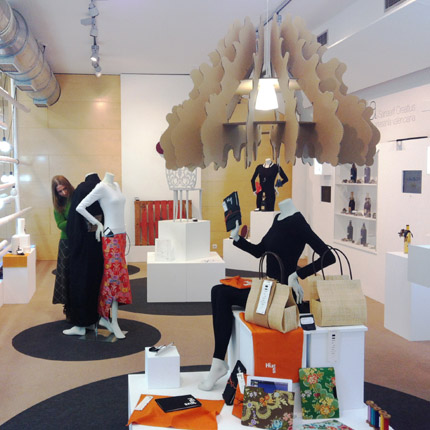 Specifically, in this dress the first historical references of the kimono confection have been recovered with rustic materials and it have been implemented with the magnificence of the Valencian silk, imitating the influence of the Chinese and Korean culture in the development of this traditional Japanese clothing, as Ana Yago, director of Sanserif Creatius who is coordinating a project that has the support of the Japanese Embassy in Spain, the Japan Foundation or the Centre of Craftsmanship of the Comunidad Valenciana, has explained.

The piece conceived by Sanserif Creatius and Mª José Cañada respects the configuration in form of the “pola” letter and the original length until the bottom parts of the body of the Yukata, with “tita” neckline and wide sleeves, but enriching its monochrome finishing and its disposition covering the body in an evolving form with a wide belt –called obi- that grows until converting itself into the piece that goes with the “huertana” dress, achieving in this way to blend two traditional dresses in a functional and contemporary piece, in words of the designer.

Japanese roots, Valencian art. The use of black damasks and the typical decoration in the “sarawil” vest that go with the suits of the Valencian farmers revise the Japanese tradition of the combination of drawings and geometries to determine the typology, social class or situation of who is wearing the kimono, no matter if is a man or a woman, in Ana Yago’s words, that warns that they have tried to develop a unisex dress, which variation depending on sex is limited to the typology of the design printed in the Obi – girdle that acts as belt.

This piece, that will be shown in the Centre of Craftsmanship of the Comunidad Valenciana until May, has its origins in the traditional Japanese dress, that was the most common piece of clothing until the first years of the post-war period, and that today – even the actual tendency has recovered it for daily use- it is used to ceremonies, public events or celebrations.

The Yukata made by Mª José Cañada and her team in “Dedal clothing” became the central axis of the innovation project and development in hand-made products Esencia by Sanserif Creatius, which in this year edition was about Japanese inspiration in the Valencian culture, present as in the ceramic, glass or textile as well as in food