Kristi Bernick: How Economic Downturn Can be a Driving Force for Sustainability
3698
post-template-default,single,single-post,postid-3698,single-format-standard,theme-bridge,bridge-core-2.2.9,woocommerce-no-js,ajax_fade,page_not_loaded,,qode_grid_1300,vss_responsive_adv,vss_width_768,footer_responsive_adv,hide_top_bar_on_mobile_header,qode-content-sidebar-responsive,columns-3,qode-product-single-tabs-on-bottom,qode-theme-ver-21.6,qode-theme-bridge,wpb-js-composer js-comp-ver-5.0.1,vc_responsive

Kristi Bernick: How Economic Downturn Can be a Driving Force for Sustainability

22 Ene Kristi Bernick: How Economic Downturn Can be a Driving Force for Sustainability

Posted at 09:00h in editorial, Sin categorizar by jagf 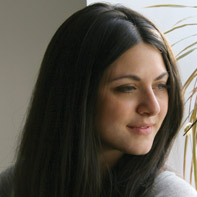 The world is currently experiencing an economic downturn or recession, but by examining The Great Depression in the 1920-30s, one may find clues as to what lies ahead for the future of design.

Like The Great Depression, this recession began with a market crash, affected almost every country, caused personal income and interest rates to drop and unemployment rates to soar.

However the past is filled with examples of successful, efficient designs that flourished during trying times.

During this recession, the global housing bubble collapsed. Before 2006, construction peaked and new projects loomed everywhere. Cranes and towers rose over downtown Miami. Suburbs in Arizona and Nevada popped up like flies. Realtors, investors, architects and designers were ecstatic. Now, during the crashing economy, no one is getting loans, realtors aren’t selling, investors are scraping by and architects and designers are jobless.

In Michigan during The Great Depression, the industrial revolution still in tow, auto sales dropped. The shift away from extravagant experimental designs allowed for an emphasis on energy-efficient production in an attempt to lower costs. The public demanded design that would stand up over time. In order to still get cash, a quick witted salesman, Earl Englander, began refurbishing the interiors of vehicles. He later went on to upholster furniture and his business, Englander’s Furniture, eventually became one of the largest furniture stores in the country. In this example, The Great Depression became the driving force for sustainable concepts that we still see today.

With an excess supply and insufficient demand we just have to wait before new construction moves are made. While waiting, use The Great Depression as inspiration—just because we can’t build new, doesn’t mean we can’t improve. This point becomes clear with the prevalence of recent green retrofits for iconic skyscrapers ranging from the Empire State Building to the Sears Tower to the Transamerica Building. Focusing on improving current conditions may bring on a sustainable future with less waste and more substance, creating more jobs and infinite possibilities. More at Hiatus.