Posted at 09:38h in Sin categorizar by jagf 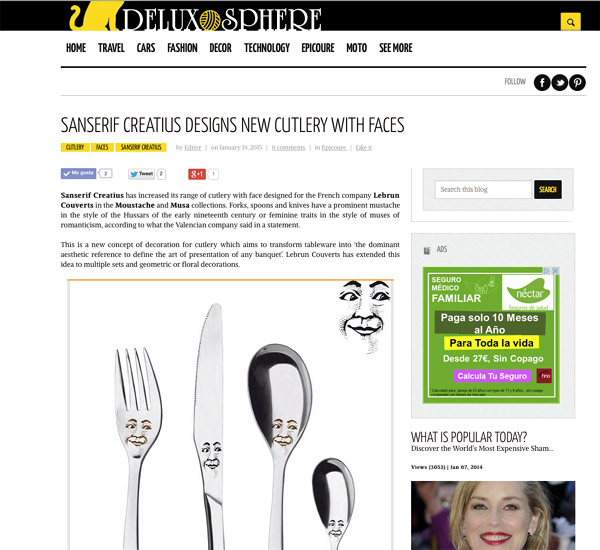 Extracto: (···) Sanserif Creatius has increased its range of cutlery with face designed for the French company Lebrun Couverts in the Moustache and Musa collections. Forks, spoons and knives have a prominent mustache in the style of the Hussars of the early nineteenth century or feminine traits in the style of muses of romanticism, according to what the Valencian company said in a statement (···) More info at De Luxo Sphere