Posted at 11:19h in arquitectura, editorial, Sin categorizar by jagf 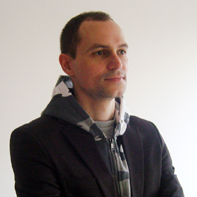 As urban editors, interior architects will dominate the architectural and urban design profession of the future, since these days, the need for new buildings or entire city quarters is decreasing or even ceasing to exist altogether—at least in the Western world—due to demographic changes and financially difficult times. In such times, when large-scale master plans are no longer sufficient design tools, design tasks will shift from new buildings to existing buildings and especially to the interiors of the existing buildings. Therefore, interior architects will be best prepared for the future; especially those who were trained by schools that focused their education first and foremost on the past and mainly taught urban and architectural restoration, preservation, renovation, redevelopment, or adaptive reuse of old structures, whereby cities will be edited rather than extended or even newly designed.

In such a future, which has become a reality in most Western cities of this day and age, interior architects will be successful as urban editors. But it will probably become a reality, too, in emerging and developing economies such as China, Brazil, or India, where historical city areas are currently being bulldozed out of existence by excessive development. Urban editors will be released from the modernistic burden to constantly replace the old world with a new one. Their daily tasks will first of all be based on re-designing, re-programming, and renovating the interiors of the existing urban fabric according to changing needs. But they will also be involved in processes of selecting, correcting, condensing, organizing, or modifying the existing urban material. The process of urban editing will originate from an idea for the existing urban structure itself and will continue in a relationship between the users and producers of the city and the urban editors. Urban editing, therefore, will be also a practice that includes creative skills, human relations, and a precise set of methods.